LAO Wing-kwan
The article "The ‘Tail’ of an Aircraft" in the Educational Resources of the Hong Kong Observatory introduces the principles and observation of aircraft wake vortices. As an aircraft flies, airflow rolls up behind and at the tips of the wings to form a pair of counter-rotating vortices, i.e. aircraft wake vortices (Figure 1). Aircraft wake vortices are generally as wide as the wingspan of the aircraft and they tend to descend and gradually dissipate in the atmosphere, lasting for about one to three minutes. Under light wind and stable atmospheric conditions, the vortices may last longer. 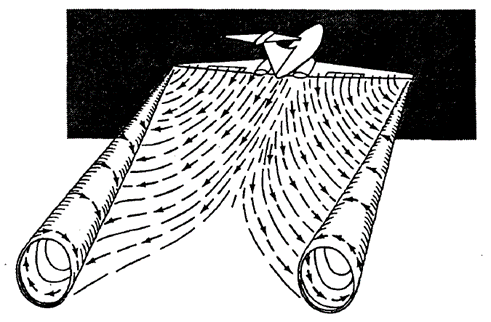 Figure 1   Schematic diagram of aircraft wake vortices (Source: International Civil Aviation Organization).
Aircraft wake vortices cause disturbances to the atmosphere, commonly known as wake turbulence. When an aircraft encounters the wake turbulence generated by another aircraft, it may experience rapid bumps or jolts; and in severe cases, it might even go momentarily out of control. It would be even more dangerous if the aircraft is taking off or landing at the time of the encounter, as there might not be sufficient altitude or time for the pilot to react. Aircraft must therefore comply with the minimum separation requirements, i.e. keeping distance from other aircraft in flight, to minimise the chance of wake turbulence encounter and its impact on flight safety. On the other hand, such minimum separation requirements also limit the landing and take-off frequencies as well as capacity of runways. Hence, the detection and research of wake turbulence can facilitate evaluation of the minimum separation requirements to ensure flight safety and more efficient runway operations.
As early as in 2014, during a field campaign, the Observatory conducted a trial of using short-range LIDAR (“SRL”) to scan vertically across a departure/approach corridor of the Hong Kong International Airport (Figure 2) and successfully detected the two-dimensional wind structure of aircraft wake vortices (see Reference for details). For further detection and research of wake turbulence, the Observatory installed a unit of SRL at each end of the airport’s new North Runway in mid-2022. Following initial tuning of the scanning configuration of the SRLs, aircraft wake vortices, which cause wake turbulence, can be observed and tracked from the radial wind velocity measured during vertical scans performed in high temporal and spatial resolutions. Figures 3 to 5 show the vertical sections of radial wind velocity measured by an SRL at the new North Runway on a certain day before and after a landing aircraft passed through. In the figures, warm colours such as yellow and red (and cool colours such as green and blue) represent winds blowing away from (and towards) the SRL. Figure 3 presents the situation just before the passage of the aircraft. One can tell from its greyish and yellowish colours that winds were blowing away from the SRL. After the aircraft passed through, quadruple colour patches of alternating and opposite radial wind directions appeared in the scan image (Figure 4), depicting a pair of counter-rotating vortices in the air (i.e. aircraft wake vortices). The evolution of the aircraft wake vortices can be observed from subsequent scan images (Figure 5): the vortices descended to the ground, at the same time drifted away from the SRL with the background winds and gradually dissipated.
Compared with the field campaign in 2014, the radial resolution of the SRL at that time was 30 metres and the vertical resolution was about 7 metres; whereas the SRLs installed at the new North Runway can achieve a radial resolution of 1.5 metres with new signal processing techniques. The radial and vertical resolutions adopted in the presented case (Figures 3 to 5) are 1.5 metres and about 2.7 metres respectively. Due to the higher radial and vertical resolutions, the new SRLs can visualise the features of aircraft wake vortices more clearly, capture smaller vortices and provide finer data, all of which will benefit the detection and research of wake turbulence by the Observatory. 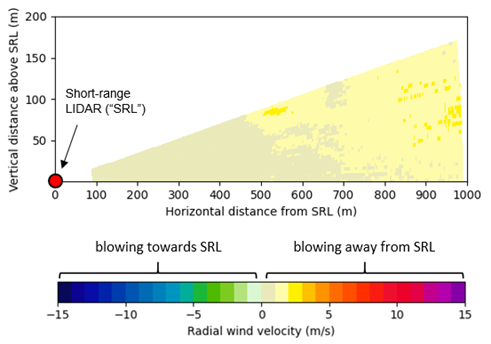 Figure 3   Vertical section of radial winds measured just before the passage of the aircraft (Concept of radial winds was discussed in “How to Interpret Velocity Field from Doppler Weather Radar”).

Figure 4   Quadruple colour patches of alternating and opposite radial wind directions appeared in the scan image after the aircraft passed through.
Figure 5   Evolution of the wake vortices (Images are separated by intervals of about 15 seconds).