Naturally-occurring radiation has been part of the earth since the latter came into existence. Such primordial radiation existing in the earth crust diffuses slowly into air, water and the body of living organisms (animals and plants). As it cannot be felt or sensed by human beings, it was not until about a hundred years ago when scientists began to invent measuring instruments and discovered the existence of radiation. 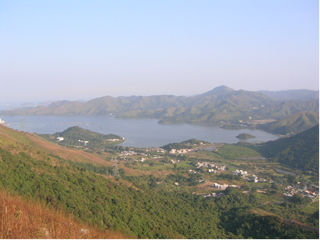 Natural radiation has been part of the earth since it came into existence. Primordial (i.e. since the beginning of the world) radionuclides include uranium-235, uranium-238, thorium-232, potassium-40 and neptunium-237 in rock and soil. They are unstable and undergo radioactive decay until they reach a stable state. As the decay of uranium-235, uranium-238, thorium-232 and potassium-40 is very slow, these radionuclides are still found today. Neptunium-237, on the other hand, decays fast and is no longer naturally present on earth nowadays.

Soil is formed from the erosion and ablation of rock. The speed of soil formation varies with different rock types (and the weathering processes). Therefore, the composition of natural radionuclides in soil differs in accordance with the rock type they originated from. The amount of natural radionuclides in soil and their radiation levels depend on the geologic origin, geographic location, hydrologic and climatic conditions of the soil.

Natural radionuclides such as radon, carbon-14, tritium, postassium-40, radium-226, polonium-210 and lead-210, are present in air, food and drinking water. These radionuclides enter the human body through inhalation and ingestion, and give off radiation when they decay. The radionuclides are absorbed during digestion, but at the same time their amounts are reduced due to decay and excretion. When the intake and excretion of radionuclides reach a balance, a stable level of radioactivity will be maintained in our body. Please also refer to question (9).

There are many sources of indoor radon. The natural radioactive materials in the soil and rock of building foundation give off radon which may get indoor through cracks and joints of the building. Stone materials used in buildings and home renovations, such as rock, granite, brick and cement, also release radon. Radon in the air outdoor, though usually not at a high activity level, may go indoor through ventilation. The combustion of coal and liquid petroleum gas also releases radon.

Radon enters our body through respiration. Its decay gives off alpha particles, which results in internal exposure to our body and may cause damage to the respiratory system. Long-term exposure to alpha particles may cause damage to tissues and increase the incidence of lung cancer. Relevant guidelines exist in Hong Kong for professionals to protect building occupants from excessive radon exposure.

Avoid using construction and renovation materials with high radon level, for example granite, in building premises. Bare concrete walls and floors should be covered with wallpaper and wooden floor strips to stop infiltration of radon from the wall and floor. Always ensure adequate ventilation in the house. Do not keep windows shut over a long period to avoid accumulation of radon to an excessive level.