In Hong Kong, the weather conditions and their changes can vary significantly from district to district. Localised showers and thunderstorms triggered by hot weather are common examples. Apart from rainfall, air temperature also exhibits large spatial difference. A well-recognised phenomenon called the “urban heat island” describes the higher temperature in urban areas than in rural areas at night. However, have you ever felt microclimate difference within an even smaller region in the urban areas? For example at 11 am on 28 July 2022 (Figure 1), the temperatures recorded at the meteorological garden in the Hong Kong Observatory Headquarters and the urban meteorological monitoring station (“urban station” in short) in Mong Kok, both within the Yau Tsim Mong District, showed a difference of up to 4 °C. Moreover, under the continuously sunny and very hot weather in Hong Kong during mid- to late July this year, significant differences in the average temperature daily cycles can be observed at the Hong Kong Observatory and neighbouring urban stations (Figure 2). Let’s have a look into the underlying reasons of the urban-scale temperature variations and the challenges in location-specific weather forecasting. 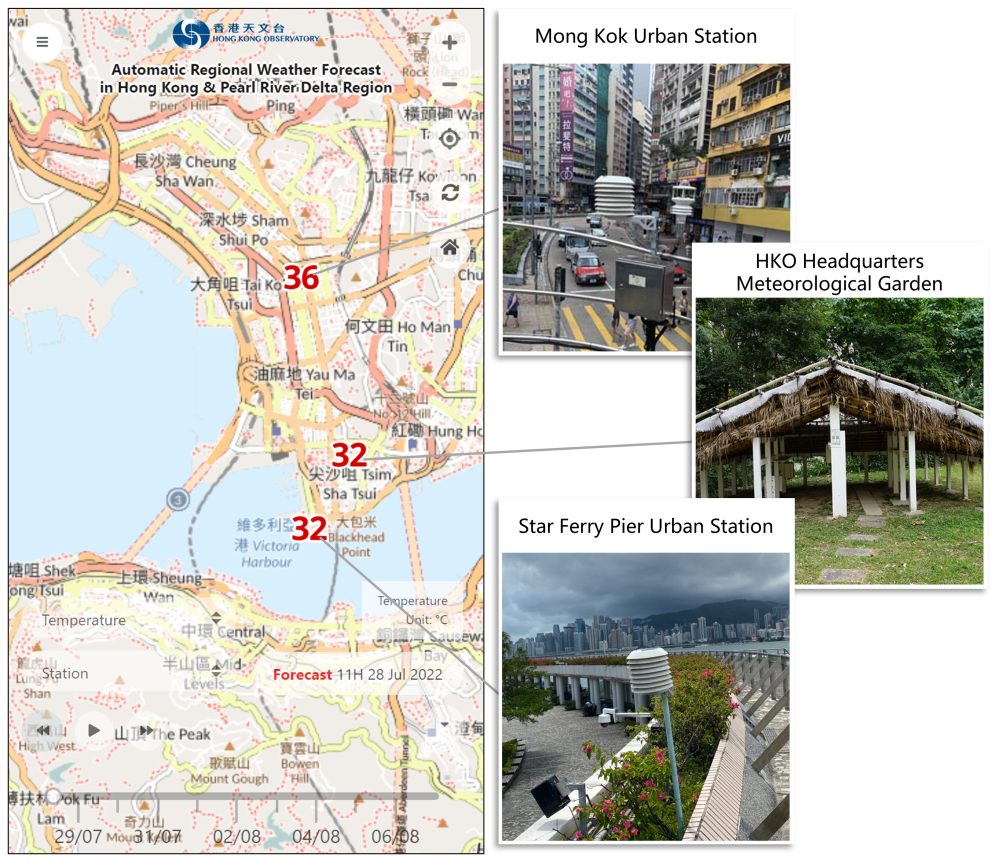 Figure 1  (left) Screenshot of the “Automatic Regional Weather Forecast in Hong Kong & Pearl River Delta Region” at 11 am on 28 July 2022. (right) Meteorological garden at the Hong Kong Observatory Headquarters, and the urban stations in Mong Kok and near the Star Ferry Pier. 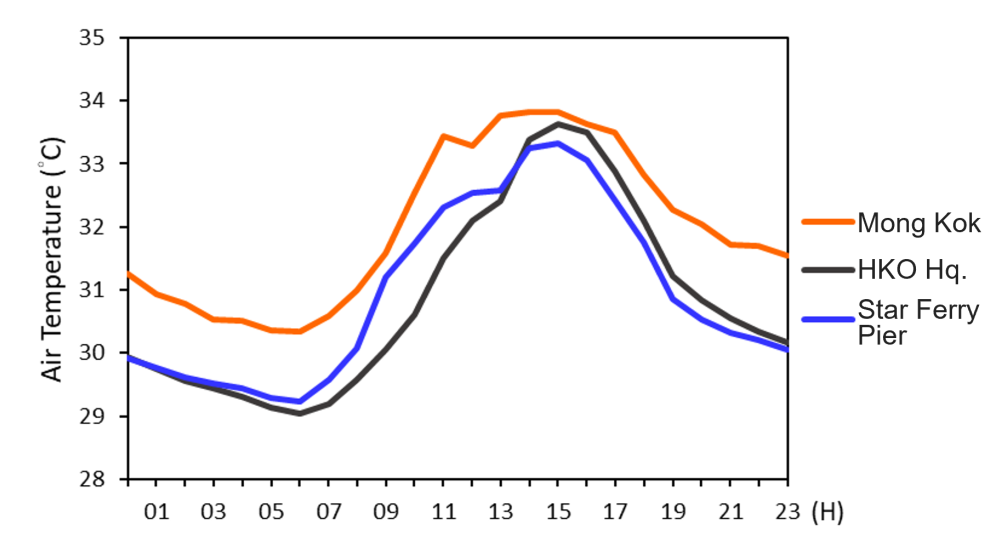 Figure 2  Timeseries of the hourly average air temperature from 9 to 31 July 2022 at different weather stations.

Urban areas in Hong Kong are densely populated and have complex and diverse environments. To have a better understanding of the city’s microclimate for improving weather information services, the Observatory has set up a number of urban meteorological monitoring stations in various districts and the urban-scale weather observations and forecasts were launched in May 2022 for reference by members of the public. While traditional weather stations (e.g. the Meteorological Garden at the Hong Kong Observatory Headquarters) are typically set up on lawns, the urban stations are located very close to urban infrastructures and activities (Figure 1 (right)). The thermometer of an urban station is placed inside a compact solar radiation shield to avoid the effects from direct solar radiation, rain, wind, and man-made emissions, but it is less protected and ventilated than that placed under a thermometer shed or inside a Stevenson Screen. Therefore, temperatures recorded at urban stations are more easily influenced by surrounding environmental factors, including:

1. The construction materials and density of buildings 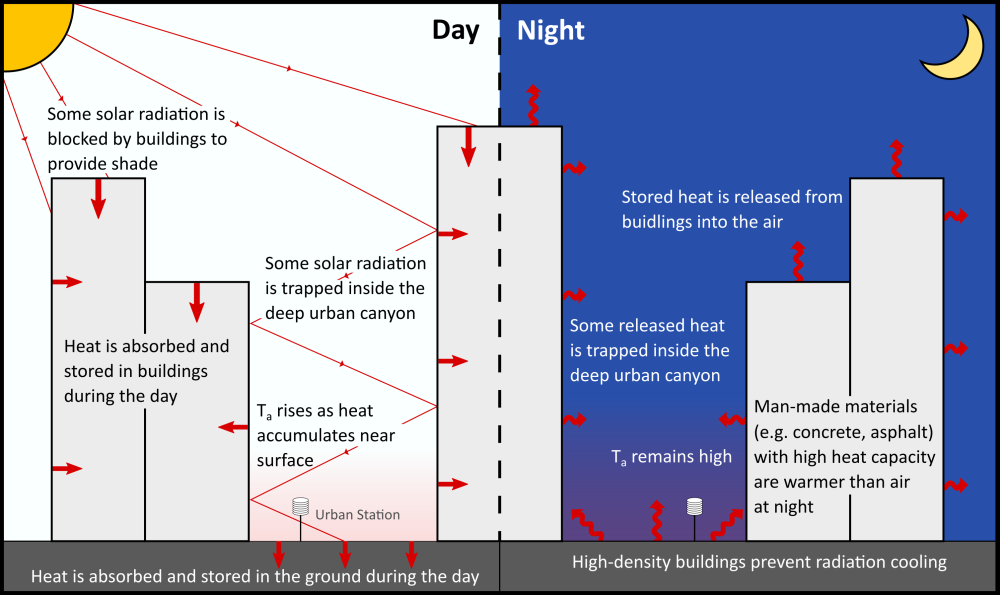 Figure 3  The effects of construction materials and building density on air temperature (Ta) changes in the day and at night. 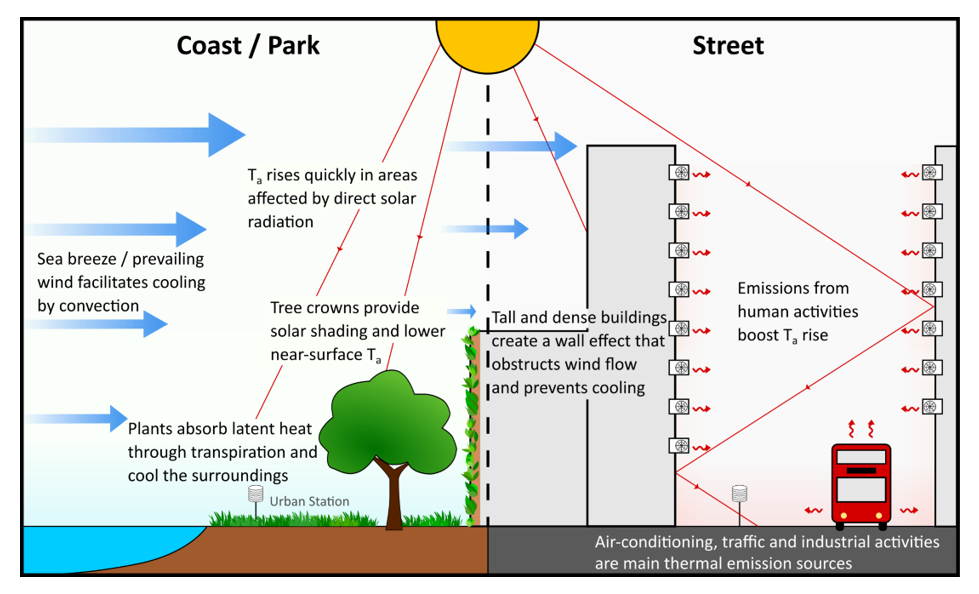 Figure 4  The effects of environmental factors and human activities on air temperature (Ta).

Through understanding the causes of temperature differences within urban areas and analysing the data collected from urban stations, development of location-specific weather forecasts at the urban scale can be made. The Observatory utilizes data from the urban station observations and several numerical weather prediction models, the post-processing technique is then applied to verify model forecasts against real-time observations and correct computer model predictions to generate forecasts for the next few hours to days via a fully automatic process. However, since urban stations are more sensitive to the air temperature fluctuations caused by their surrounding environments, it is difficult to produce accurate forecasts for a longer period of time. Currently, hourly observations and automatic forecasts of air temperature and relative humidity at urban stations up to next three days ahead are available in the “Automatic Regional Weather Forecast” web portal. The Observatory will continue to enhance microclimate observations and forecasts, so that the public can gain better access to the detailed weather changes within urban areas for purposes such as the planning of daily activities and assessment of health risks associated with urban high temperature.