You may possibly be aware that the temperature, humidity and other weather elements can be very different even within the same area.  This is the so-called microclimate.  Microclimate generally refers to the specific climatic conditions within a small area (such as street, park, riverside, etc).  Due to the influence of the surrounding terrain, orientation and density of buildings, weather conditions during the time as well as other factors, the climatic characteristics at an area may differ from those prevailing over the surrounding large region.  Therefore, the weather elements at different points of location can somehow be rather different even though they are within the same area.

Take a more prominent example, winds over roads at the city centre or the leeward side of high-rise buildings are generally weaker.  Together with other factors such as traffic and heat from structures, the area becomes stuffy and heat accumulates, leading to higher temperatures.  On the other hand, temperatures over coastal or windward areas are usually relatively lower. 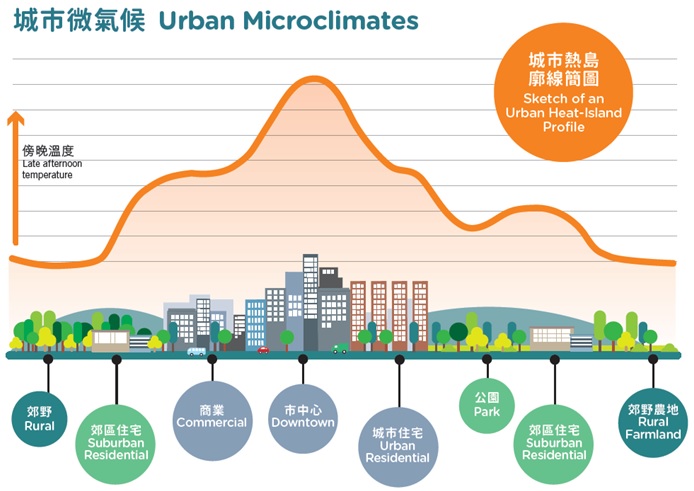