The cold spells that affected Hong Kong in December 2013 and February 2014 stirred up a bit of snow frenzy among the local media and social network. Some sturdy souls even braved the chilly weather to make their way up Tai Mo Shan in the hope of seeing snow. The Observatory has also received a number of enquiries together with videos/photos about possible special winter weather phenomena in Hong Kong. We are very thankful to members of the public providing the Observatory with such observations of special weather phenomena.

How to identify different types of special winter weather phenomena?

Under intense cold surges and favourable atmospheric conditions, five types of special winter weather phenomena, namely frost, ice, rime, sleet and even snow, have been reported in Hong Kong in the past, according to the Observatory's records from January 1948 to February 2014 (their historical occurrences and statistical distributions are summarized in a companion blog article "Hong Kong at Freezing Point - Historical Perspective"). These phenomena predominantly occur from December to March. They differ in their formation processes, crystal structures and appearances, as well as the weather conditions under which they form [1-5] (see Appendix I). Examples of frost, ice and rime observed in Hong Kong are shown in Figures 1(a), 1(b) and 1(c) respectively. A schematic diagram illustrating the typical atmospheric conditions for the formation of different types of precipitation in winter is shown in Figure 2. 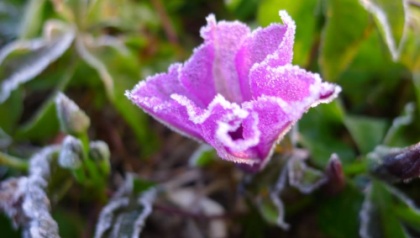 Figure 1(a)Plants coated with frost at Ta Kwu Ling on the morning of 29 December 2013.
(Photo courtesy of Irwin Wong) 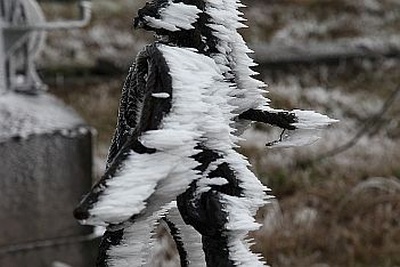 Figure 1(c)Ice feathers of rime formed on the windward side of a ring of stainless steel cable
at Tai Mo Shan on 16 December 2010. 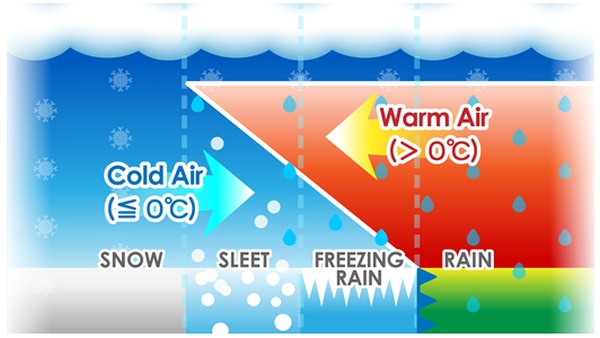 Figure 2Typical atmospheric conditions for the formation of different types of precipitation in winter.

To illustrate how winter precipitation types are identified and classified, let us take a look at a "suspected snow case" reported at around 11 p.m. on 10 February 2014 near the Tai Mo Shan Radar Station. During that night, an eyewitness saw and recorded a 2 to 3 minute long video clip of some suspected solid precipitation followed by liquid precipitation. The eyewitness also took a few photographs of icing phenomena on the ground as well as on the surface of leaves.

The air temperatures measured at the Tai Mo Shan Automatic Weather Station were -1 to -2oC around the reporting time. There was no measurable rainfall at the station. The upper-air sounding data that evening indicated that the freezing level was about 3,400 m, above which snow could naturally form if other meteorological conditions were favourable. However, there was apparently a relatively warm and saturated layer between 1,200 and 2,500 m with temperatures ranging between 5 and 9oC. The microwave radiometer at the Hong Kong International Airport also detected a vertical profile with a colder layer (0.0 to 2.5 oC) at around 1 km in altitude and a warmer saturated layer above. Checking against the illustration in Figure 2, the vertical temperature profile analyzed for the evening of 10 February satisfied the atmospheric conditions favourable for sleet or freezing rain formation. This suggests that even with sub-freezing temperatures at the top of Tai Mo Shan, there was still a thick layer of relatively warm cloud aloft, and any snowflakes falling through that layer would have melted. The possibility of having snow reaching the ground was therefore considered slim. A more likely scenario would be for melting snowflakes or raindrops to re-freeze into ice pellets as they encountered freezing or sub-freezing temperatures near the surface of Tai Mo Shan. As such, the weather phenomena at Tai Mo Shan that night could well be very slight sleet (a mixture of rain and tiny ice pellets) together with slight icing/freezing rain on the ground.

Past "Cold Cases" of Snow Reports?

After World War II, the Observatory received four snow reports, namely on 2 February 1967, 13 December 1967, 29 January 1971 and 14 December 1975. They all happened years ago when instrumental observations were relatively scarce. Apart from surface air temperatures, little was known about the meteorological conditions where and when such rare phenomena happened. The snow reports in those days were assessed mainly based on witnesses' descriptions and weather data near the reporting times. Except for the case in 1975, all other three cases occurred at air temperatures above freezing. Were such phenomena unambiguously snowfall? Could some of these be melting snowflakes, slight sleet or other types of precipitations?

From a physical point of view, snow cannot stay in solid state for long if the ambient temperature is well above freezing. But when the air temperature is just slightly above freezing point, snowflakes may still be kept in a partially melted or even unmelted state, if the ambient air is sufficiently dry. The upper-air sounding of the case on 13 December 1967 depicted this dry condition. For the two cases on 2 February 1967 and 29 January 1971, the ambient conditions were not so dry and less favourable for preserving snowflakes in solid state. As such the possibility for the observed precipitations being related to melting snowflakes or slight sleet cannot be dismissed. If there were time machines that could tunnel advanced equipment of modern era through time and back to the event locations, assessment should have been much easier.

[4] What is the Difference between Sleet, Freezing Rain, and Snow?
http://www.crh.noaa.gov/news/display_cmsstory.php?wfo=iwx&storyid=92100&source=0