Unlike other materials that we commonly have a need to measure, we cannot weigh radioactivity or collect it in a box, just as we cannot weigh nor collect sunshine in a box. However, we can measure it indirectly by measuring the effects that it causes. Unlike that portion of sunshine that we can see, invisible nuclear radiation produces an electrical effect in materials through which it passes. If we measure the electrical effect, we can determine how much radiation passed through the materials. This is the basic operating principle for measuring radioactivity. There are various types of radioactivity and different systems are used for their measurement.

The alpha spectrometry system is used to measure the activity of an alpha-emitting radionuclide, Plutonium-239.

Since alpha particles are readily absorbed in air, they are measured in vacuum to prevent any interaction with the air before it reaches the detector. Therefore, all 8 detectors of the system are housed inside a vacuum chamber. The digitized signals of the detectors are stored as energy spectra for quantitative analysis using a special software. The system can measure 8 samples simultaneously, hence providing a high throughput. 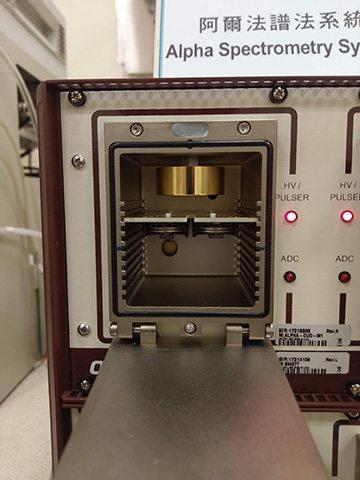 A close-up of the detector of the alpha spectrometry system

The Gamma Spectrometry System is used for the analysis of gamma emitting radionuclides. 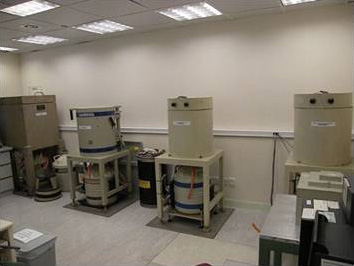 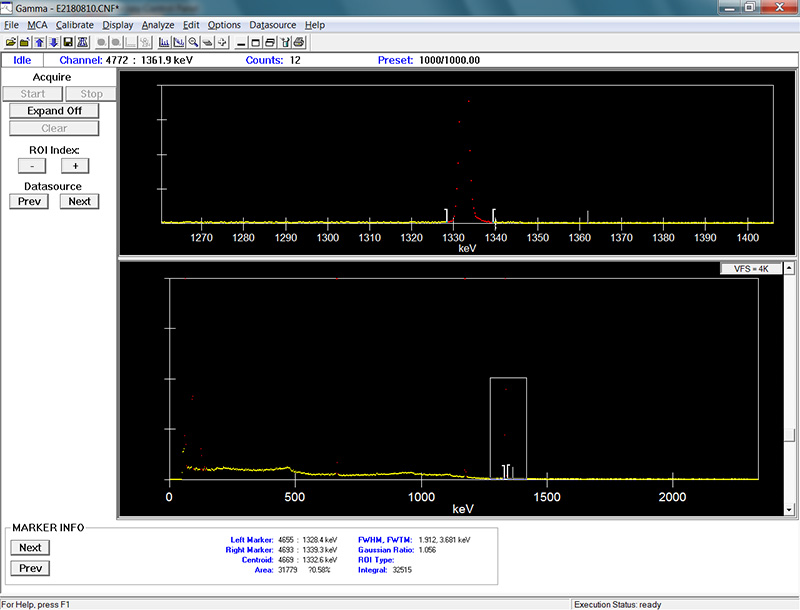 The Low Level Alpha-Beta Counting System is used to measure the activity of a pure beta-emitting radionuclide, Strontium-90.

The system has 11 gas flow counters operating in a chamber filled with a special gas (90% argon and 10% methane). The signals from the detectors are counted and processed in a microprocessor data system. The specific activity of strontium-90 is obtained from the total counts of the samples. The system can measure 10 samples simultaneously, hence provides a high throughput. 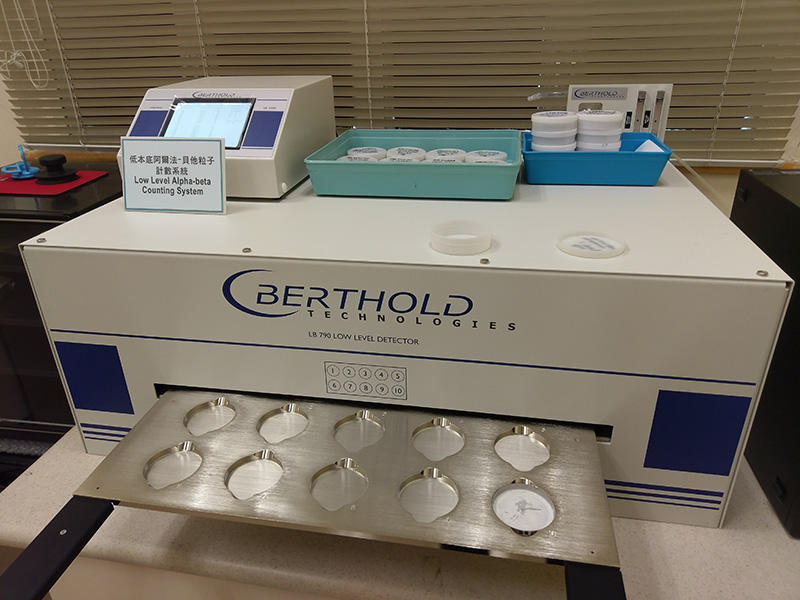 Sample after chemical treatment and ready for measurement

The Liquid Scintillation Counting System is used for measurement of tritium (an isotope of hydrogen) in water samples and the water in foodstuff samples.

The detector of this system is made up of two photo-multiplier tubes (PMTs) coupled to an optical chamber. Photons emitted by the scintillant after excitation by beta particles are captured and amplified by the PMTs to form electrical pulses which are stored as beta energy spectrum. The specific activity of tritium in the samples is obtained from the total counts of the spectrum.

The system has high counting efficiency due to total immersion of sample in the scintillant and the detector and hence is suitable for measurement of tritium, a low energy beta emitter. 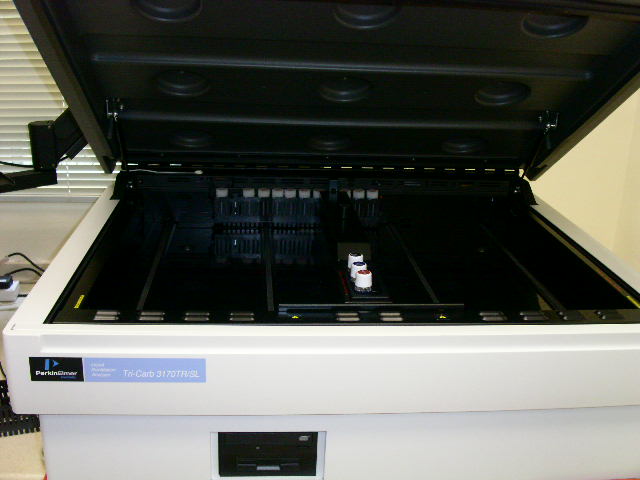