Hailstorm is a natural phenomenon which is infrequent in Hong Kong, occurring once every one to two years. Large hails can damage crops, break windows, glass houses and windscreens of cars. In the past two decades (January 2000 - August 2020), there were 11 days with reported hails in Hong Kong. A rather large-scale hailstorm that occurred in the past few years in Hong Kong was on the evening of 30 March 2014. Under the influence of a trough of low pressure, there were widespread torrential rain and severe thunderstorms accompanied by hails that evening, necessitating the Observatory to issue the Black Rainstorm Warning Signal. During the rainstorm, the Observatory received hail reports from many places in Hong Kong, most of which reported hails with size of about 20 to 30 millimetres (Figure 1). 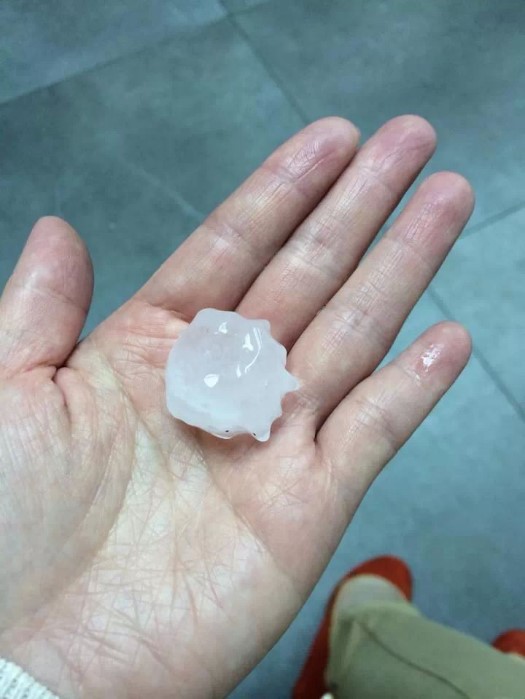 Hails are large ice pellets formed in severe thunderstorms. When severe thunderstorms occur, there will be violent vertical motion in the atmosphere. Since temperature generally decreases with height in the troposphere, the moisture in the air will condense when the relatively warm and humid air rises. Due to the violent updraft, water vapour will be carried above the freezing level and keep rolling around there, condensing into ice pellets. During the rolling process, the ice pellets continue to absorb water, growing bigger and bigger like a “snowball”. Finally, when the updraft can no longer support the weight of the ice pellets, these overweight ice pellets will fall to the ground and form hailstorms[1] (Figure 2). 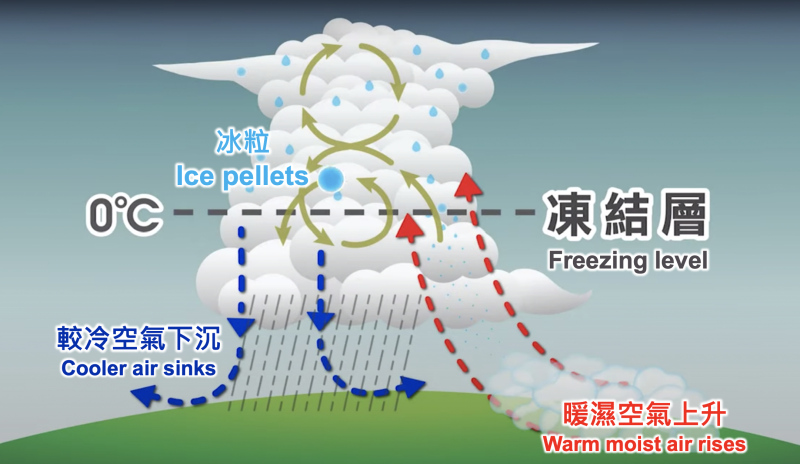 Figure 2.   The process of hail formation in severe thunderstorms.

Weather radar is the primary tool of the Observatory to monitor hail. The reflectivity and shape of the echoes shown on the radar imagery provide important clues for identifying hail. Since hails are formed in severe thunderstorms, apart from intense echo reflectivity, echo in hook-shaped can sometimes even be observed on the radarscope, which is called "hook echo". For instance, the characteristics of hook echo can clearly be observed on the radar imagery on the evening of 30 March 2014 (Figure 3).

Figure 3.   A hook echo observed on the radar imagery.

Hook echo is an important feature of a supercell thunderstorm, which implies that the development of cumulonimbus associated with the severe thunderstorms has been quite vigorous. During this period, the strong updraft in the cumulonimbus even prevents raindrops from falling to the ground, resulting in a weak echo region at the bottom layer and the formation of hook-shaped echo. In addition to hails and severe thunderstorms, hook echo is sometimes accompanied by tornadoes or waterspouts as well. Generally speaking, hook echo signifies a very destructive feature. If you observe a hook echo on the radar imagery that might have the chance to affect you, you must try to avoid it, and seek shelter immediately in a sturdy building especially if you are outdoors.

Hook echo correlates with the occurrence of hails, but only to a certain extent. Not every time when there is a hook echo necessarily implying the occurrence of hails, and vice versa. Forecasters need to assimilate various observations to determine the possibility of hail. For example, the Tate’s Cairn dual-polarization S-band Doppler weather radar (Figure 4) installed by the Observatory in recent years has greatly improved the capability in hail monitoring[2][3]. 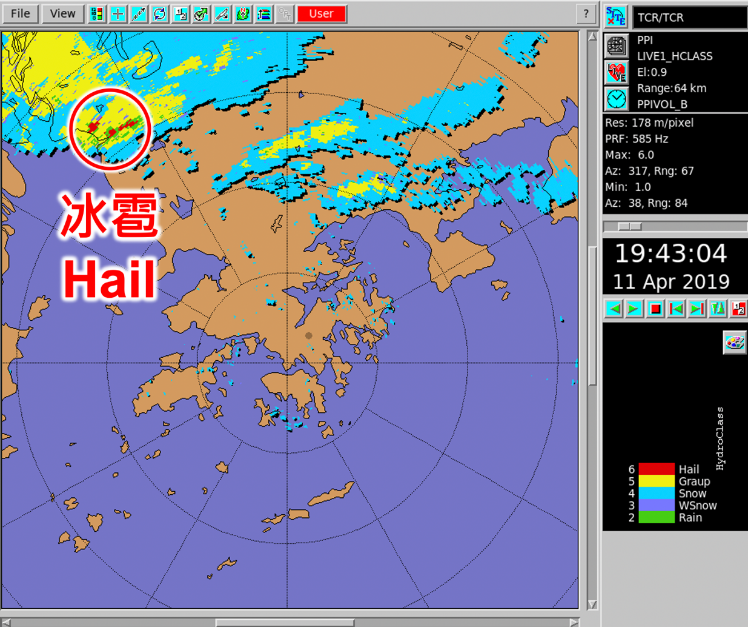 Figure 4.   Tate’s Cairn dual-polarisation radar can detect different phases of water. It successfully detected hails over Shenzhen on the evening of 11 April 2019 (red pixels inside the red circle).