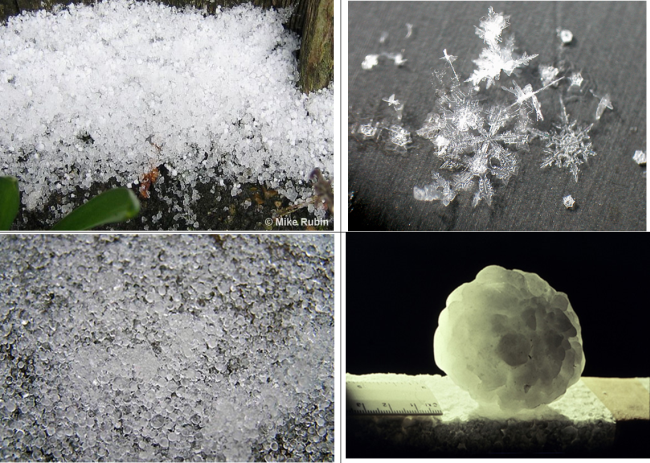 In 2015, the Observatory commissioned a new dual-polarization Doppler weather radar at Tate's Cairn (Figure 2). Unlike traditional single polarization (electric or magnetic field of electromagnetic wave varies on a single plane) radar, the new radar can transmit and receive electromagnetic pulses from both of the horizontal and vertical polarizations (Figure 3). Since the two polarized waves would give rise to echoes of varying characteristics when reflected by water droplets of different sizes or by different ice shapes, these characteristics can be analysed to determine the composition of rain areas as well as the rainfall intensity. For example, the shape of large water droplets is relatively flat compared to that of small droplets due to gravity. This results in stronger reflectivity for the horizontally polarized wave. Sometimes, insects and birds can also be distinguished from the dual-polarization echo signals. With these additional information, the new radar can more effectively monitor the development of hail, and more accurately estimate the rainfall intensity, opening a new chapter of weather radar’s applications in Hong Kong. 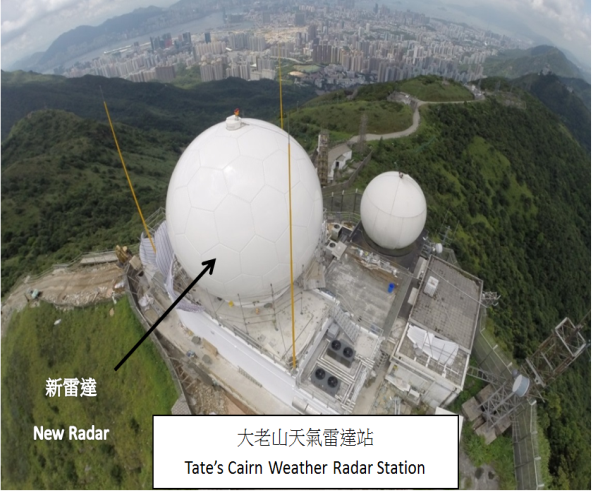 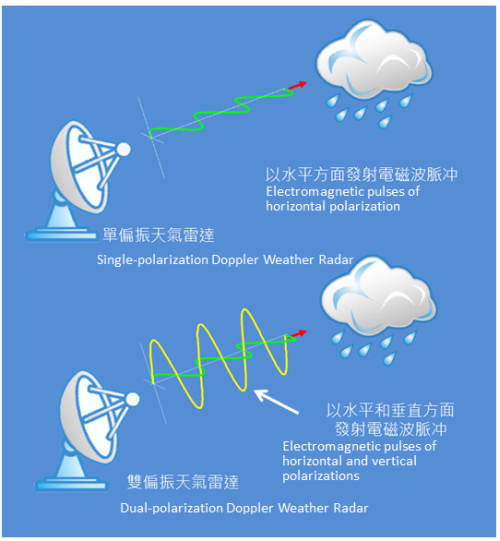 Figure 4 is an image captured by the radar at Tate's Cairn on 20 April 2015, showing rain areas with relatively large ice pellets (areas in yellow on the image) and hail (area in red on the image). Under the influence of a trough of low pressure, severe convective activities occurred over the coastal regions of Guangdong that day. Apart from squally thunderstorms and heavy rain, hail was reported in Shantou, which matched the location of hail shown on the radar image. 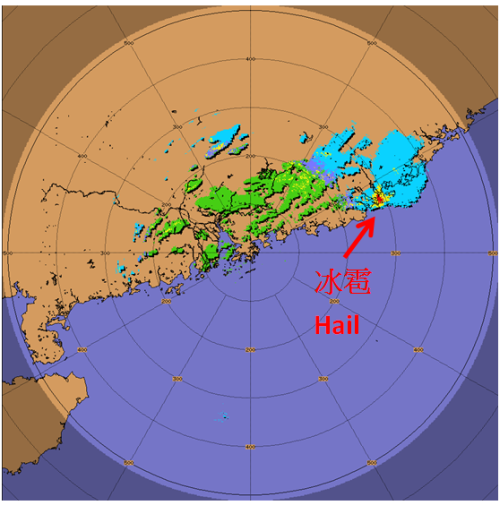 The new weather radar at Tate's Cairn provides weather forecasters with "profiles" of rain areas. The information is useful to accurately monitor the development of rain areas and to estimate the rain intensity, contributing to timely issuance of severe weather warnings for safeguarding the general public.