Solar energy is one of the main renewable energy resources. Its application is also an important aspect in climate change mitigation. Along with the advances in science and technology, the use of solar energy in daily life (such as solar panels and solar water heaters) has gradually gained popular acceptance. According to a recent survey, Hong Kong people responded positively towards the increasing use of solar power [1]. The Hong Kong Observatory has also been using solar cells to power some of its automatic weather stations since the 1980s [2].

Two major factors have to be considered when we evaluate solar energy resources available in Hong Kong.  The first one is the geographical position: at a latitude of about 22°N, Hong Kong has the Sun shining usually from the south at noon.  In general, the amount of radiation increases with the elevation angle of the Sun.  In the course of a year, the elevation angle during the Sun's transit over Hong Kong's meridian varies between a minimum value of about 44° at the Winter Solstice to a maximum of 90° [5].  The second factor is the temporal and seasonal variations of solar radiation.  Table 1 shows the climatological normals of monthly sunshine duration and global solar radiation (1981-2010) at King's Park.  The amount of solar radiation in general peaks in July, and overall is more abundant in the second half of the year than the first half.  Figure 2 shows that global radiation at King's Park has generally increased in recent years (2009-2013).  Location-wise, Kau Sai Chau at a more rural setting has a slightly higher amount of direct solar radiation in most months than King's Park in a more urban environment.  In actual applications, the effect of local ambient conditions on solar radiation should not be neglected, especially in a highly developed city like Hong Kong where many skyscrapers hinder the sky view and restrict the amount of sunshine received. 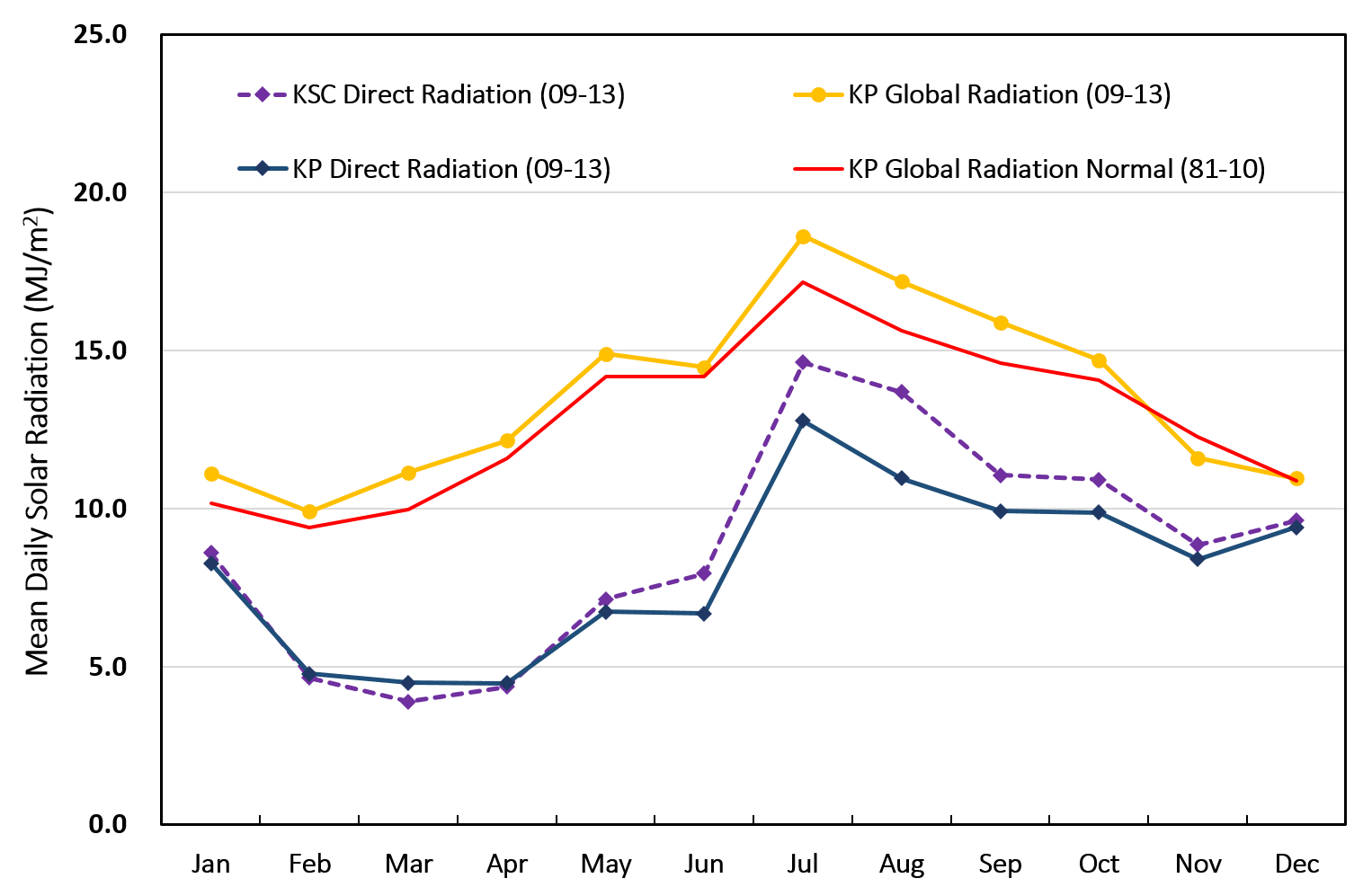 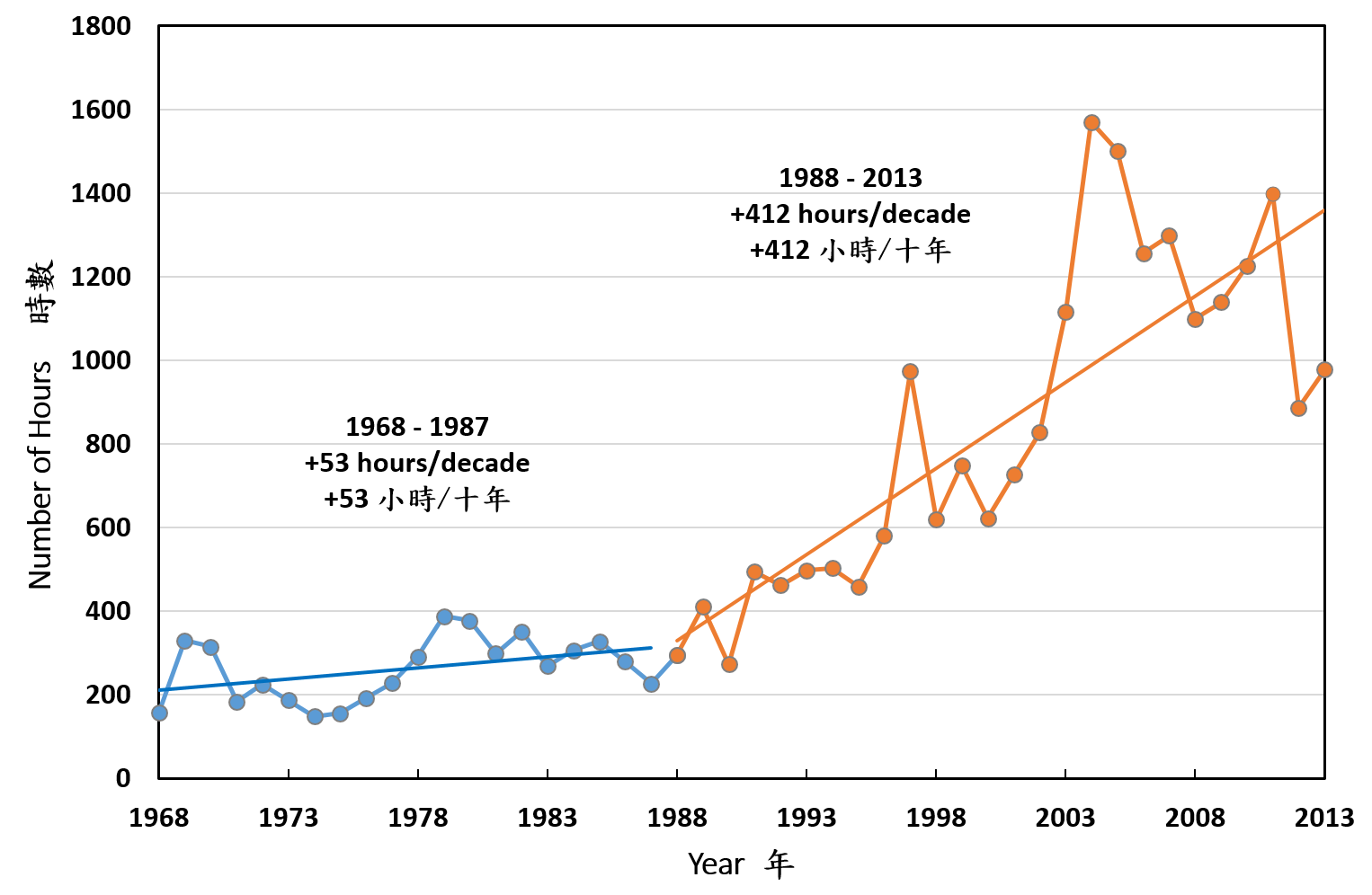 Figure 4   Annual number of hours of reduced visibility under 8 km observed at the Hong Kong Observatory Headquarters (1968-2013) excluding cases of fog, mist, precipitation or relative humidity higher than or equal to 95%. 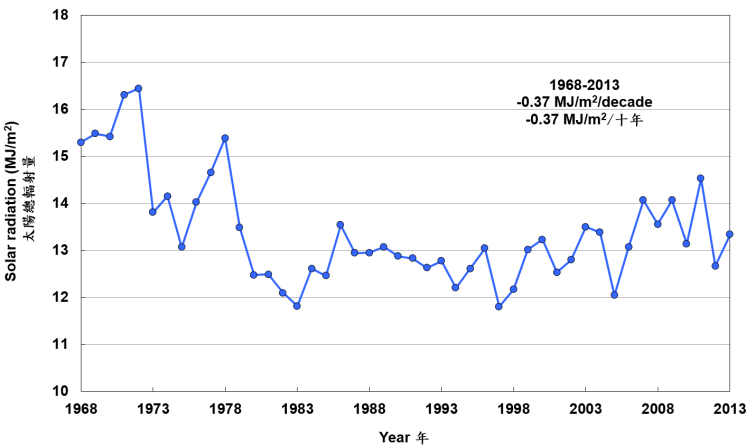