Orographic clouds of different species can be categorised into low, mid or high level clouds depending on their cloud base height. They are generally associated with a moist airflow over mountainous areas. Orographic clouds form when moist air is forced upward by mountain, it cools and condenses into cloud water droplets. They will gradually dissipate on the leeward side of the mountain when temperatures increase in the subsiding air. Depending on the atmospheric conditions including the airflow, humidity profile, atmospheric stability as well as orography and its height, different types of orographic clouds may form, such as cap clouds, lenticular clouds and rotor clouds. In other words, the appearance and movement of clouds can reflect the airflow and atmospheric conditions. Sometimes, orographic clouds seem to be flowing down from the top of the mountain ranges, giving the appearance of a waterfall as in the photo captured on 6 June 2016 (Fig.1). This type of orographic cloud is commonly known as "waterfall cloud". 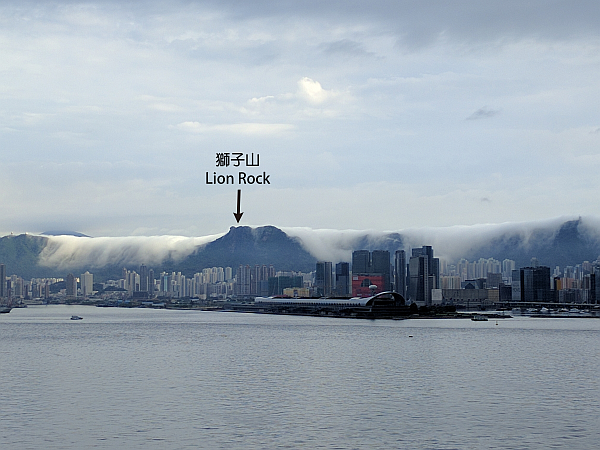 Figure 1   Orographic clouds sliding down the mountain ranges in the vicinity of the Lion Rock like a waterfall. The photo was captured at around 7:50 a.m. on 6 June 2016 from the eastern part of the Hong Kong Island (Photo courtesy of Mr Leung Kai-yuen)

Sea of stratiform clouds formed over the moisture laden valleys surrounded by mountain ranges to the north of the Lion Rock on the morning of 6 June 2016 after the passage of heavy rain associated with a trough of low pressure. Winds were light generally from the northeast (white arrows in Fig.2). Stratus clouds near the valleys capped by an overlying layer of warmer air (the temperature inversion near 200 m as indicated by the red arrow in Fig.3) were forced to climb over the mountain ranges and descend on the leeward side following the prevailing wind (Fig.4). "Waterfall clouds" gradually dissipated on the leeward side of the mountain ranges following the subsiding air. They were short-lived. 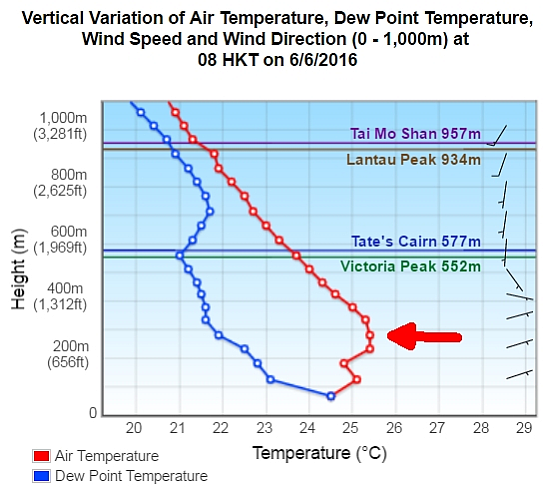 Figure 3   Tephigram for 8 a.m. on 6 June 2016 in Hong Kong. Low-level temperature inversion (indicated by red arrow) suppressed the vertical motion of stratiform clouds formed below it 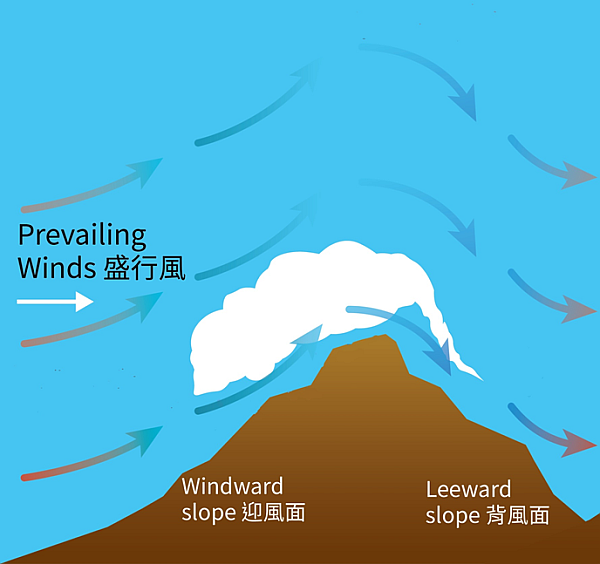 In Hong Kong, "waterfall clouds" may appear in stratus or stratocumulus clouds under suitable atmospheric conditions near mountain ranges in spring or summer.