How Do Gamma Radiation Detectors Work?

How Do Gamma Radiation Detectors Work?

Ionising radiation emitted by the decay of unstable atomic nuclei generally consists of high-velocity particles (for example, alpha (α) particles, beta (β) particles and neutrons) and high-energy electromagnetic waves (for example, gamma (γ) rays). Unlike α and β particles, γ rays have no mass or electric charge. How can they be detected?

Just like visible lights, the γ ray is also a type of electromagnetic waves. According to the wave-particle duality principle of quantum physics, electromagnetic waves interact with other matters in the form of energy packets, which are known as photons. The energy of y-rays is high, so γ ray photons when colliding with atoms of matter can produce negatively charged free electrons and positively charged ions. This is the ionising property of γ rays and also the basis for detecting them. 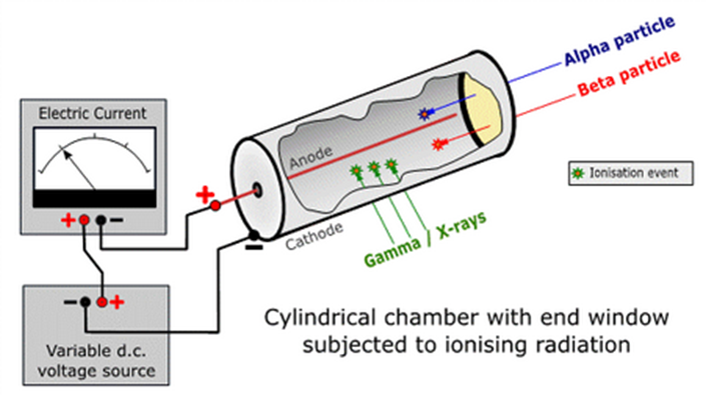 Gas-filled detectors are commonly used as radiological survey hand-held devices, with two main types of Geiger–Müller (GM) counter construction (Figure 1 and Figure 2). The GM counter in Figure 1 is wrapped in aluminum foil but there is a mica window at the end, which allows low penetrating α or β particles to enter the tube. If we want to detect γ rays only, the window can be sealed with aluminum foil. The GM tube in Figure 2 is a sealed glass for detecting γ rays and high energy β particles, while α particles and low energy β particles cannot enter the tube. The GM counter generally consists of a cylinder filled with air or an inert gas (such as Argon, Helium or Neon), with an anode (positively charged) at the centre and a cathode (negatively charged) at the wall of the metal or glass tube, with a high voltage difference of several hundred volts in between. When radiation enters the GM tube, the gas molecules inside the tube are ionised and free electrons and positive ions are produced. As the high voltage inside the tube accelerates the free electrons and positive ions towards the anode and cathode respectively, the high-speed electrons collide with the gas molecules to produce more ultraviolet photons and free electrons, creating an avalanche-like discharge. Finally, a large number of free electrons and positive ions arrive at the anode and cathode respectively, creating a measurable electric pulse. After calibration, the electric pulses can be converted into a radiation count rate or dose rate. 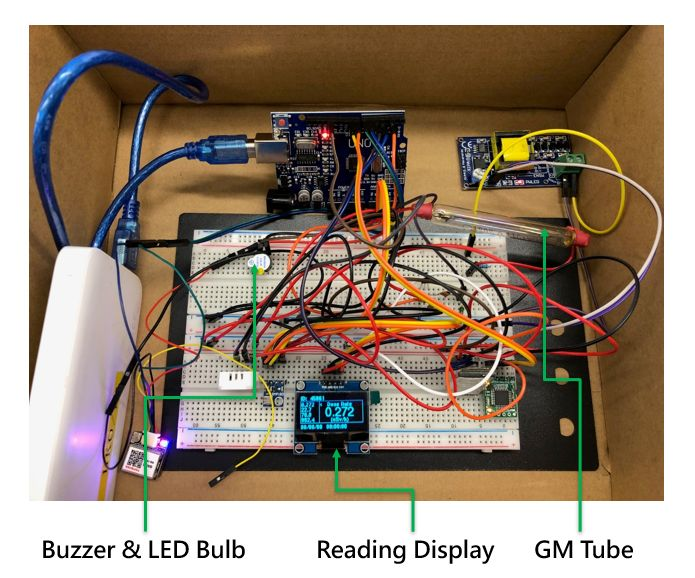 Figure 2  A prototype circuit built in the Hong Kong Observatory's Gamma-Go workshop. A GM tube is connected to the circuit, with displays showing the γ radiation dose rate reading. When a radioactive source is nearby, in addition to the reading going up, the buzzer will sound and the LED bulb will flash.

Although gas-filled detectors can measure the radiation count rate or dose rate, we need a gamma spectrometer to know the energy ranges of the γ photons emitted by a radioactive source. A gamma spectrometer generally consists of a scintillation detector or a semiconductor detector to convert the γ rays into visible light or electronic signals respectively. With a multi-channel analyser, a gamma spectrum depicting the number distribution of γ photons at different energy ranges can be obtained. The γ spectrum (Figure 3) is like the “fingerprints” of nuclides which facilitate the identification of different nuclides in a radioactive source. 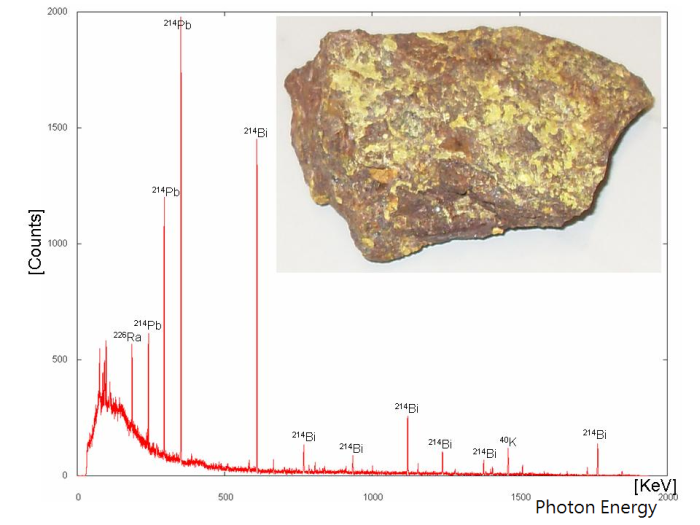 Figure 3  A gamma spectrum of natural Uranium U ores with energy peaks of Radium Ra, Lead Pb and Bismuth Bi [2].