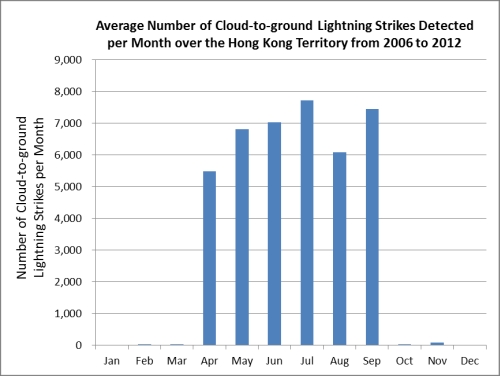 General Specification for Electrical Installation in Government Buildings of the Hong Kong Special Administrative Region[1] published by the Architectural Services Department states that lightning earthing resistance shall not exceed 10 ohms for ordinary government buildings.  This requirement is not applicable to the protection of overhead power lines and other specialized buildings which have their own requirements.  The Observatorys weather radar stations are among such specialized buildings which have to comply with more stringent standard due to the following reasons.

Weather radar is a primary tool for monitoring severe weather including rainstorms and typhoons and is indispensable for weather forecasting.  A weather radar must operate in all weather for safeguarding the life and property of members of the public.  During thunderstorms, it is the time when the weather radar is needed most and its normal operation must be guaranteed.

The Observatory adopts a stringent requirement of lightning earthing resistance not exceeding one ohm for weather radar stations in order to reduce the risk of lightning strikes.  Such standard for weather radar stations is also required by the international community, as exemplified in the report "Instruments and Observing Report No. 88 (IOM-88) of the World Meteorological Organization (WMO)"[2] published by Commission for Instruments and Methods of Observations (CIMO) of WMO.  Figure 2 is extracted from IOM-88 which shows a burned radar radome after hit by lightning strikes in radar station overseas.  In the mid-90s of the last century, experts from USA and Australia advising the Observatory on construction of the Tai Lam Chung Terminal Doppler Weather Radar Station also pointed out that lightning earthing resistance of the radar station must not exceed one ohm. 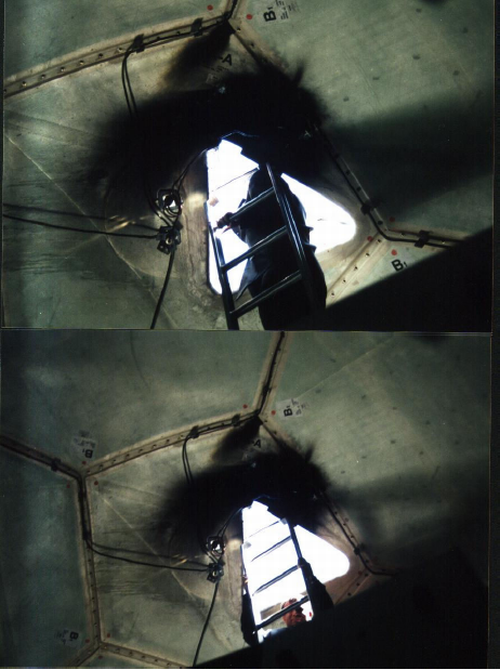 A lightning earthing resistance of not more than one ohm can protect a weather radar station from lightning strikes, ensuring normal operation of the radar which is essential to the provision of weather information services to the public in inclement weather.