What is Climatological Normal?

What is Climatological Normal?

When reading weather reports or summaries such as the Monthly Weather Summary[1] issued by the Hong Kong Observatory (HKO), you may sometimes see the clauses like "the monthly average temperature was above normal" or "the last year's rainfall was less than normal". So, what is the meaning of "normal" in these statements?

Climatological normals have a wide range of uses, providing references on the recent climate for planning, design and applications in various sectors, such as agriculture, energy, engineering, water management, transportation, tourism, environment, and research. Normals are also used as references for climate monitoring and forecasting and serve as benchmarks for determining the anomaly of the current weather condition from the corresponding long-term average.

In 2021, the HKO compiled a new set of 30-year climatological normals for Hong Kong based on the meteorological data measured at the Hong Kong Observatory Headquarters and other key meteorological stations from the period of 1991-2020 to replace the previous 1981-2010 climatological normals. The comparison between the 1991-2020 and 1981-2010 normals reveals that there are statistically significant increases in the annual mean, mean maximum, and mean minimum temperatures in Hong Kong. This is commensurate with the significant long-term warming trend in Hong Kong[3] due to global warming and local urbanization. For annual rainfall and relatively humidity, the changes between these two 30-year periods are not statistically significant.

Members of the public can get access to information on the climatological normals for 1991-2020 and other previous normals at the Observatory's "Climatological Information Webpage". 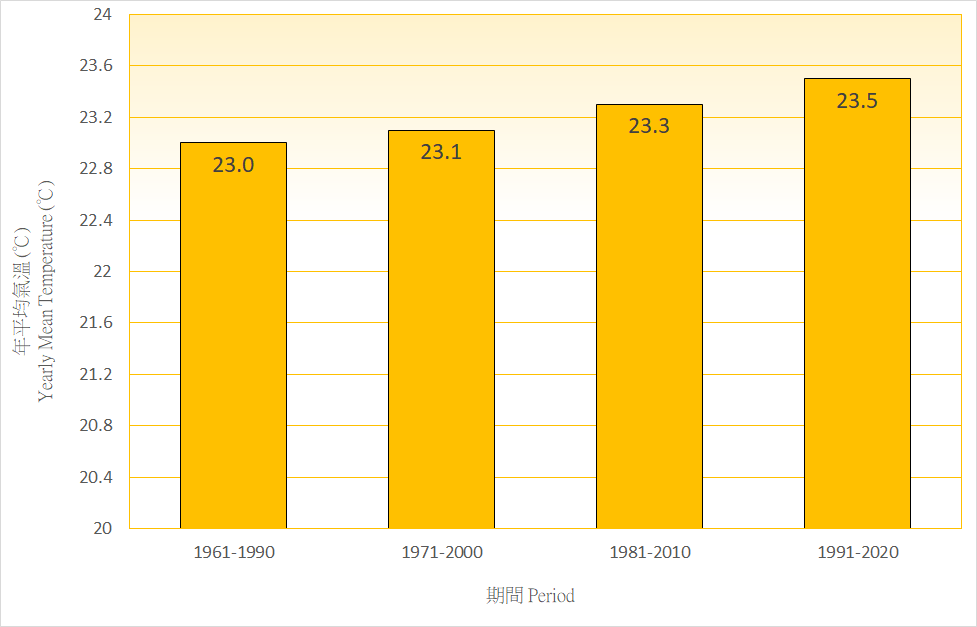 Fig. 1   1991-2020 and other three previous normals of yearly mean temperature in Hong Kong