Why are we still using the Magnetic North naming convention for Airport runways?

In the previous article, we have talked about the problems that may arise in using the Magnetic North convention, namely "Magnetic anomaly caused by the nature" and "Effect of man-made structures in the surroundings". In this article, let us take a closer look to the consequences arisen and the reasons for still using it.

Since runway names indicate the headings in degrees magnetic, if the latter changes too much, the runway name may disagree with the prevailing magnetic heading.

Some airports in the far north do not use magnetic headings for their runways. At Resolute Bay Airport (IAEA designated code "YRB") in Canada, the runway name is 17T/35T using True North bearings convention, not magnetic ones. The variation was once recorded as much as 30-degrees west over that area.

If the name of a runway is changed, it is required to repaint those runway numbers at the ends of each runway and replace all related signage. All reference manuals, documentation and approach plates have to be updated for pilots and air traffic controllers to study and use.

Since the poles are moving constantly, printed maps require reprinting, digital maps used on smartphones and mapping software used by military and government agencies have to be updated.

For both printed and digital mapping products updates, this is where the World Magnetic Model (WMM) comes into play. WMM is the standard model jointly developed by mapping agencies of the United States and the United Kingdom. It is used by governments and organisations for navigation, attitude and heading referencing systems using the geomagnetic field. It is also widely used in the civilian navigation areas. The latest version is WMM 2020. It predicts the pole movements and the magnetic field changes over that period. 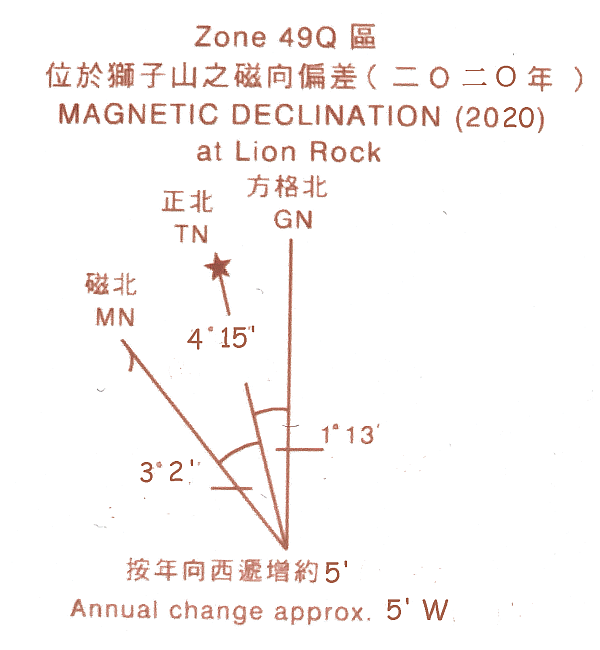 Figure 1. The Magnetic Declination of Lion Rock in 2020. (Adapted from the map diagram produced by Survey and Mapping Office, Lands Department)

2. Why still use the Magnetic North convention?

Magnetic declination plays an important role in air navigation. Most simple aircraft navigation instruments are still using heading information of the magnetic North via a compass based magnetic device. This ensures that aircraft equipped with even only a basic magnetic compass can still navigate.

Also, Very High Frequency (VHF) Omni-Directional Range (VOR), a type of short-range radio navigation system for aircraft using radio beacons to transmit signals for use in navigation, broadcast their "radial" information in magnetic degrees so that one can magnetic heading to fly to or from a VOR.

Although GPS system is commonly used nowadays, compass device is still used for redundancy. On the contrary, if True North were used for the whole navigation scheme, the fall-back procedure for reverting to the compass and VOR in case of GPS failure would be very complex.

For long over-water flights, night flights or flights in unmapped regions are examples that flying by compass are still necessary.

The Magnetic variation effects over Hong Kong are small. HKO would commission a contractor normally every 5 years to conduct magnetic measurement at HKIA to fulfil requirements of the International Civil Aviation Organization (ICAO). The last survey at HKIA conducted in 2015 revealed that the Magnetic Declination measured at HKIA's Compass Calibrated Pad (CCP) was 2°36'51.4" west of True North. The next survey will be conducted in 2020.