The Impact of Global Warming on Aviation

The Impact of Global Warming on Aviation

Summer in Hong Kong can be very hot. Due to the vast land surface with little vegetation, air temperature over the Hong Kong International Airport (HKIA) can easily reach 33 °C or higher in summer. Apart from bringing discomfort to outdoor airport staff and passengers who are required to embark/disembark aircrafts at remote stands, the high temperature also affects the loading capacity of departing aircrafts.

In principle, for an aircraft to take off, the lift has to be greater than its total weight. An important factor determining the lift is air density. The higher is the air temperature, the lower is the air density. Hence, warmer air will produce less lift for an aircraft. This implies that when air temperature rises, an aircraft will require a longer distance to accelerate to sufficient speed for taking-off. Sometimes it may even have to off load some of its cargo to reduce its weight if needed.

The World Meteorological Organization has ranked 2014 the hottest year on record as part of a continuing global warming trend. Hong Kong has just experienced record-breaking summer months in 2014. The average temperature between June and September in 2014 was the highest since records began in 1884. Statistics over HKIA also indicates that the number of very hot days (daily maximum temperature ≥33.0°C ) at the airport is showing an increasing trend - from an annual average of around 60 days between 2000 and 2007 to around 70 between 2008 and 2014 (Figure 1). As the number of very hot days is forecast to increase further under global warming, there will be a higher chance for cargo loading being affected in the future. 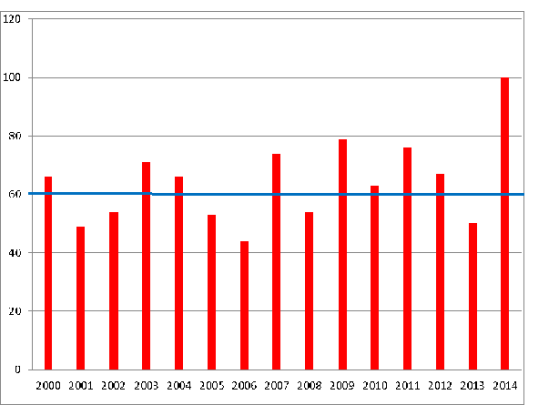 Figure 1   Number of days with temperature equal to or above 33.0°C at the Hong Kong International Airport

Furthermore, the latest, Fifth Assessment Report of the Intergovernmental Panel on Climate Change (IPCC AR5) predicts that global mean sea level would rise under global warming. Research conducted by the Hong Kong Observatory suggested that under the high greenhouse gas concentration scenario, the annual mean sea level in Hong Kong and its adjacent waters would rise by 0.63 to 1.07 m by the end of this century (2081-2100), when compared to the average sea level in 1986-2005 (HKO, 2015). Moreover, in the context of global warming, climate models mostly projected that the intensity of tropical cyclones in the western North Pacific basin would increase in the 21st century (Ying et al., 2012). The height of the runways of HKIA is about 6.7 m (22 feet) above the mean sea level. Under global warming, there may be an increased risk of the runway being flooded by higher storm surges brought by intense tropical cyclones with time. 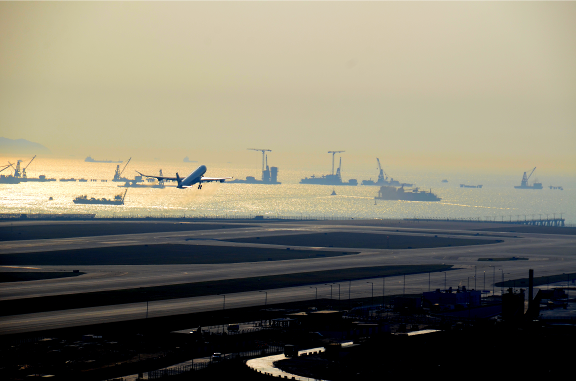