Severe thunderstorms may cause significant disruption to airport operation and hazard to aircraft safety.  On 16 April 2009, a band of intense rain and thunderstorms over inland Guangdong advanced southward and affected the coastal region in the small hours, necessitating the issuance of Thunderstorm Warning and Amber Rainstorm Warning by the Hong Kong Observatory.  The intense rain and thunderstorms affected the Hong Kong International Airport (HKIA) between 1:30 a.m. and 2:00 a.m.  During the passage of the rainband, winds at the HKIA strengthened rapidly from about 5 m/s from the south to 25 m/s from the north with gusts reaching about 38 m/s during the period.  The abrupt change of wind direction and speed caused significant windshear at the airport.  The Windshear and Turbulence Warning System (WTWS) indicated significant windshear along the runways.

Significant windshear may cause an aircraft to deviate seriously from its intended flight path during landing or departure.  Thunderstorms and strong winds may also affect aerodrome facilities and the safety of airport staff working in open areas.  To ensure aviation safety, the Airport Meteorological Office (AMO) issues windshear warning for possible low-level windshear and turbulence within 3 nautical miles of the runways.  Aerodrome warnings of thunderstorms, strong surface wind and gusts will also be issued when situation warrants.

Details of the aviation weather services provided by the Hong Kong Observatory can be found on the Observatorys webpage for "Aviation Weather Service". 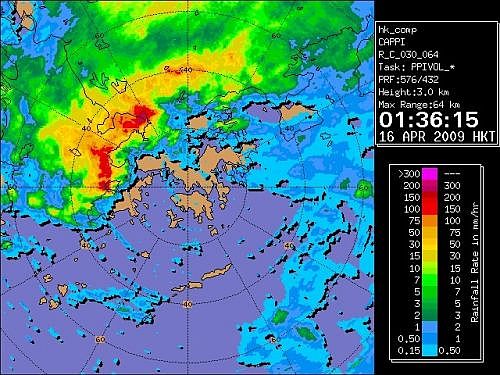 Figure 1  Radar images in the small hours of 16 April 2009 showing an intense band of rain and thunderstorms affected HKIA. 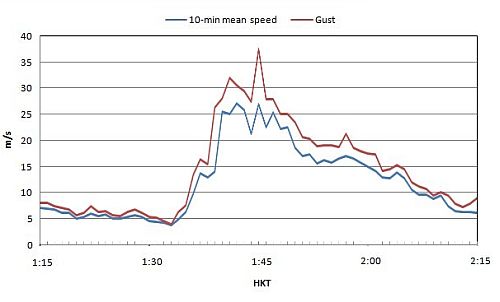 Figure 2  The change of 10-minute mean wind speed (blue line) and maximum gust (red line) at HKIA during the passage of the intense rainband on 16 April 2009. 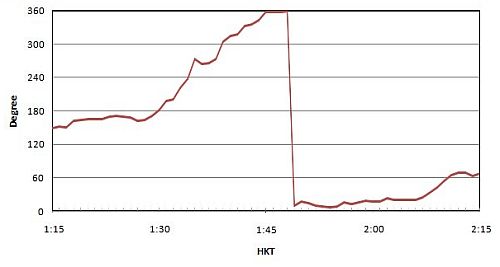 Figure 3  The change of wind direction at HKIA during the same period as in figure 2. 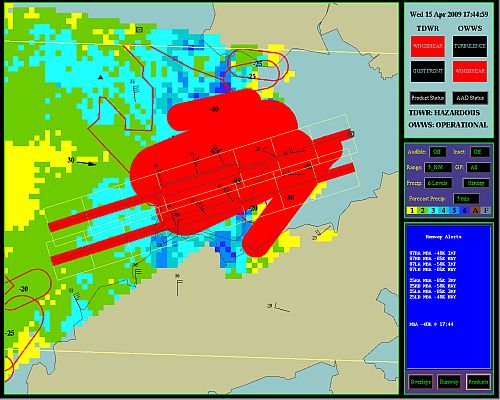