The lowest temperature recorded at the Hong Kong Observatory in the year was 11.4 degrees on 1 January, the highest annual absolute minimum temperature on record. There was only one Cold Day[4] in the year, which is 16.1 days less than the 1981-2010 normal and the fewest annual number of Cold Days since 1884. 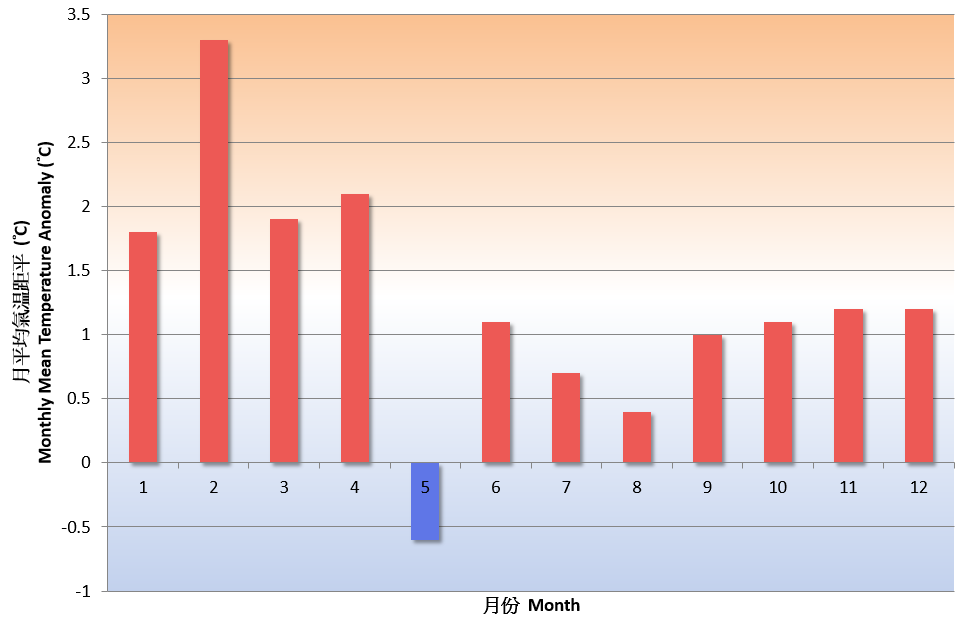 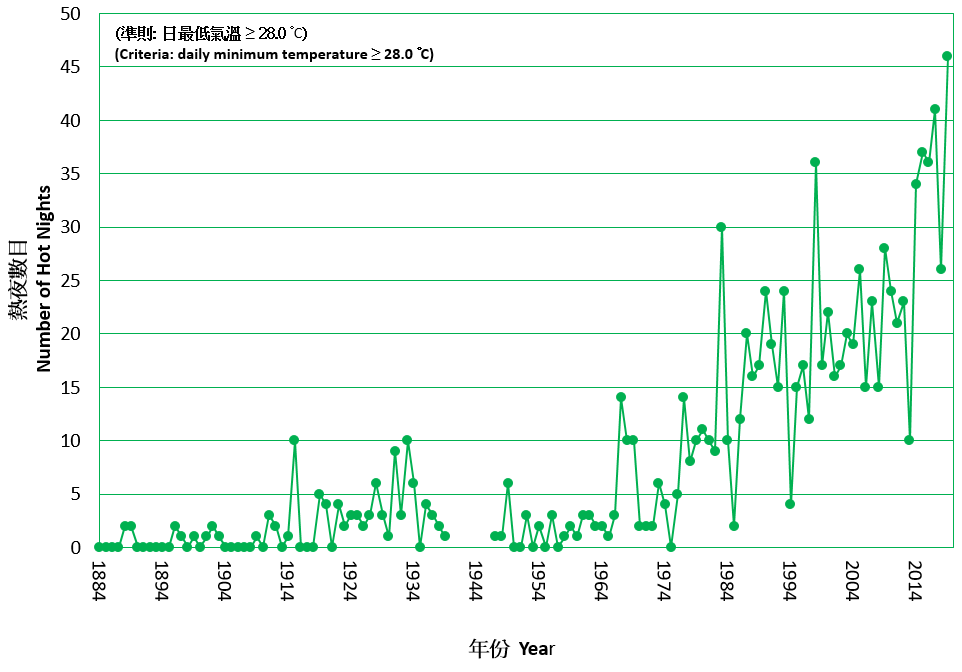 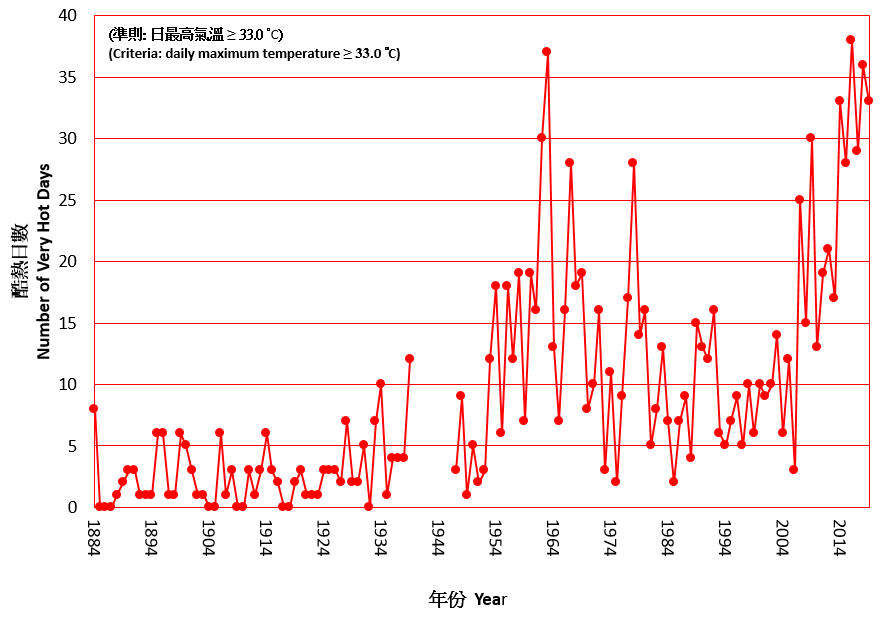 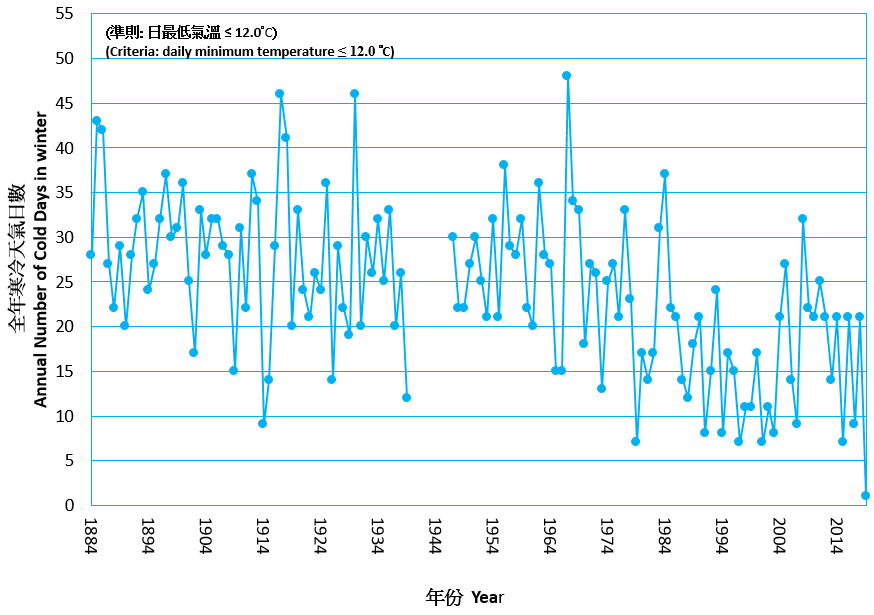 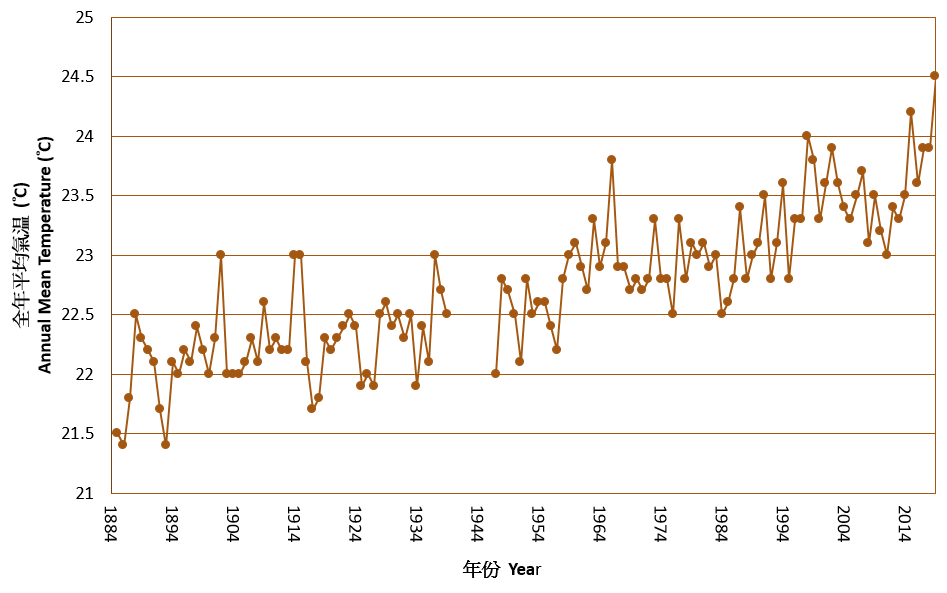 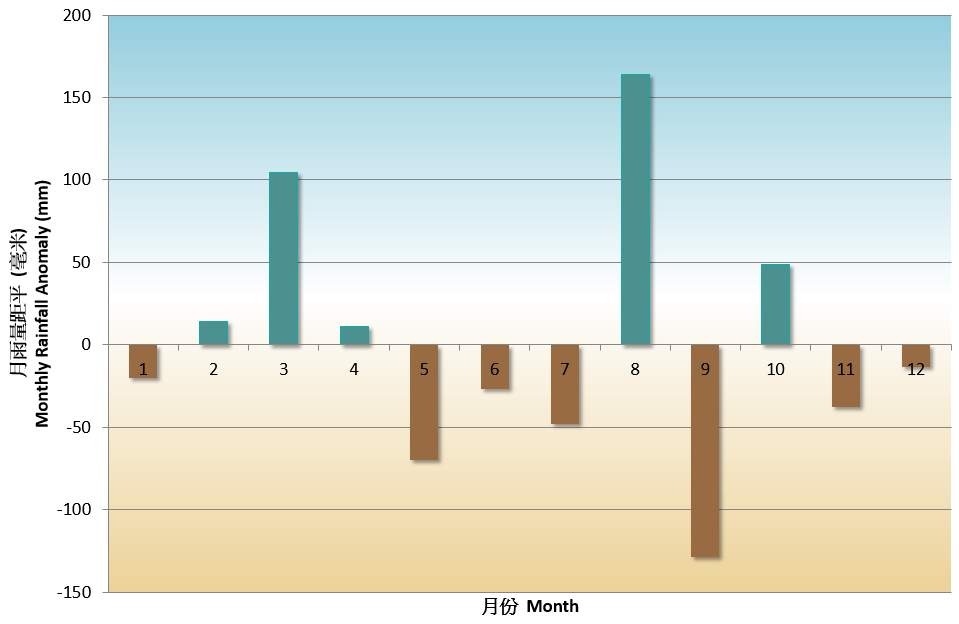 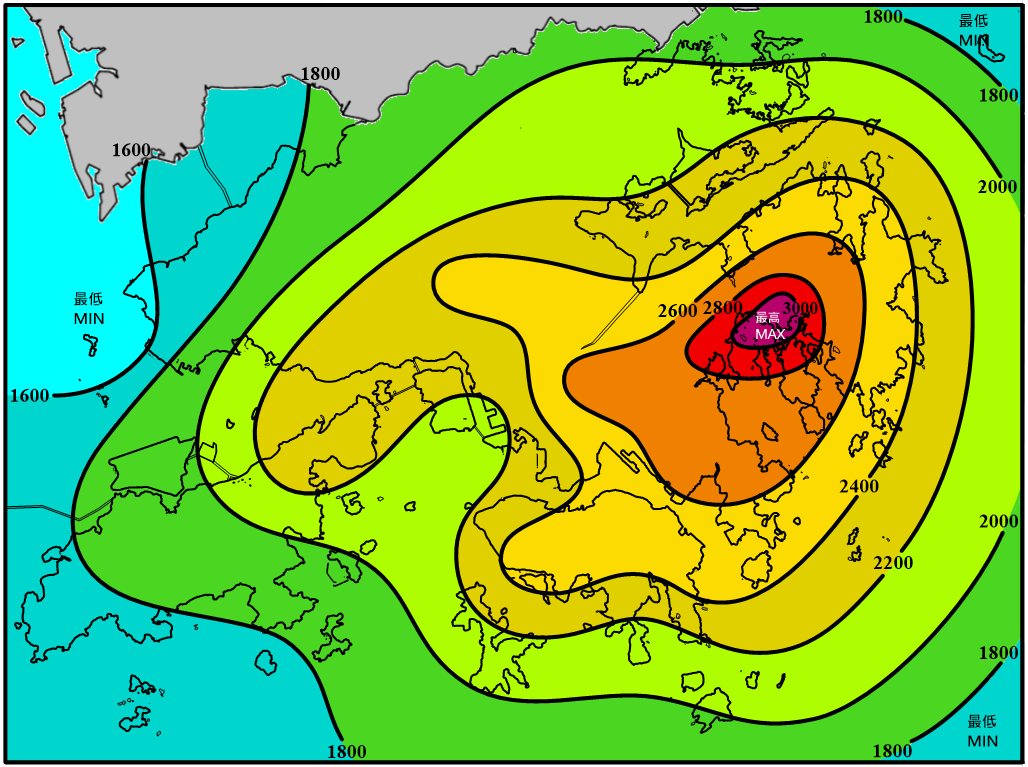 Detailed description of the weather for individual months is available on the Monthly Weather Summary webpage:
https://www.weather.gov.hk/en/wxinfo/pastwx/mws/mws.htm


Some significant weather events in Hong Kong in 2019 are highlighted below:

With unseasonably warm weather persisting from December 2018 to February 2019, Hong Kong experienced the warmest winter on record since 1884. The mean temperature, mean maximum temperature and mean minimum temperature for the winter from December 2018 to February 2019 reached 19.1 degrees, 21.4 degrees and 17.5 degrees respectively. All were the highest on record and more than 2 degrees above their corresponding normals.

Owing to the dominance of upper-air anticyclone over southern China for most of the time in September and October 2019 as well as prolonged dry and sunny weather in November 2019, the autumn mean temperature in Hong Kong reached 26.1 degrees and was 1.1 degrees above the normal of 25.0 degrees, making it one of the warmest autumns on record. Furthermore, the autumn mean maximum temperature of 29.1 degrees was also the highest on record.

The annual number of Hot Nights in 2019 reached 46, which is 28.2 days above the normal and the highest on record since 1884. Moreover, seven consecutive Hot Nights were recorded from 8 September to 14 September, the longest on record for September since 1884. With exceptionally warm winter and autumn, there was only one Cold Day in the whole year, the fewest on record.

A band of intense thunderstorms packed with frequent lightning, heavy rain and severe squalls swept across Hong Kong in the afternoon of 20 April. The severe squalls associated with the thunderstorms induced gusts exceeding 100 kilometres per hour in some places in Hong Kong. The maximum gust recorded at King’s Park near the city centre was 117 kilometres per hour. Excluding tropical cyclone cases, this is the highest record of gust since the operation of the automatic weather station in King’s Park in 1992. Moreover, about 9090 cloud-to-ground lightning strokes were detected in Hong Kong on that day, the highest on record for April since the launch of the lightning location system in 2005. During the inclement weather in that afternoon, a person died after being struck by lightning while hiking and two persons were tragically drowned when a sampan capsized in rough seas. There were also reports of tree failure and scaffolding collapsing in different parts of the territory.

Table 2a Summary of meteorological observations in Hong Kong, 2019 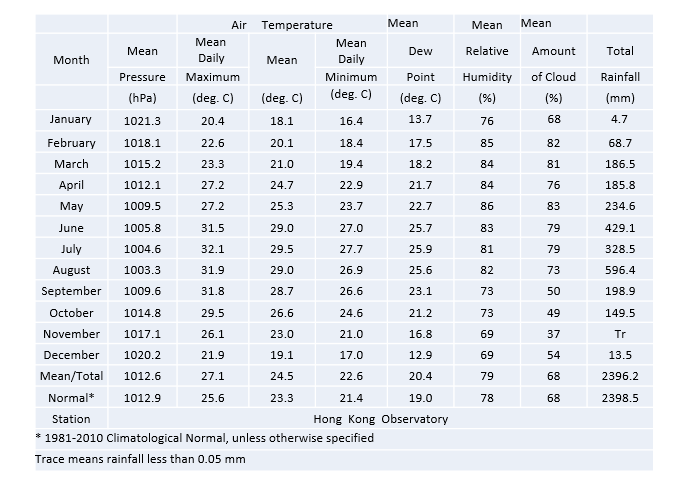 Table 2b Summary of meteorological observations in Hong Kong, 2019 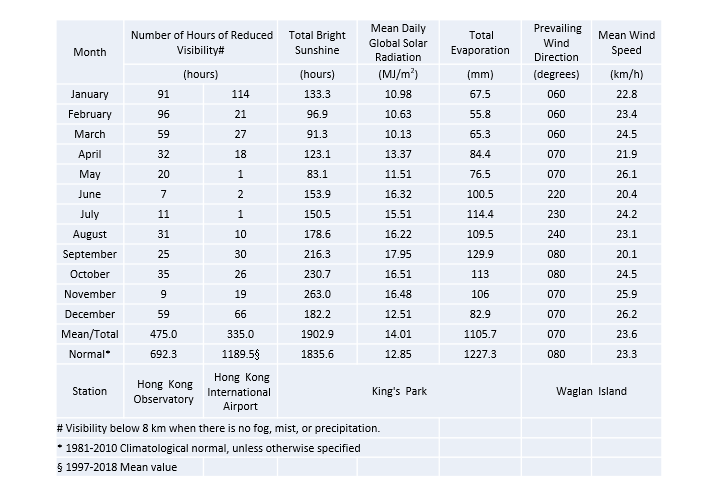 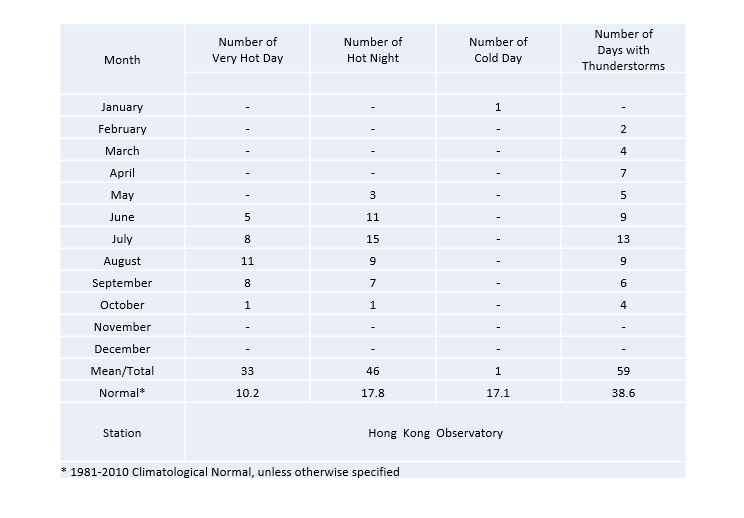