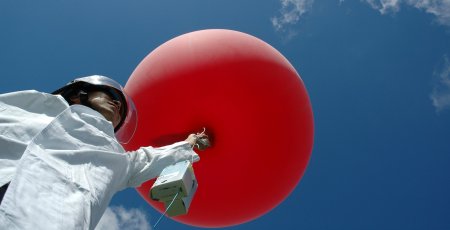 The Hong Kong Observatory started measurement of upper-air winds in 1921 using pilot balloons. From 1930 onwards, regular measurements were made twice a day. This was increased to four times a day in February 1950, following the recommendation of the World Meteorological Organization. A pilot balloon (Figure 1) was filled with hydrogen for flight. At the Observatory main building (Figure 2), a theodolite was set up on the roof to track the balloon. For nighttime operation, a lantern was hung from the balloon to facilitate tracking. Based on the balloon's elevation, azimuth and rate of ascent, winds at different heights above ground were calculated. Since such measurements relied entirely on visual observation, they could not be carried out when low clouds were present. 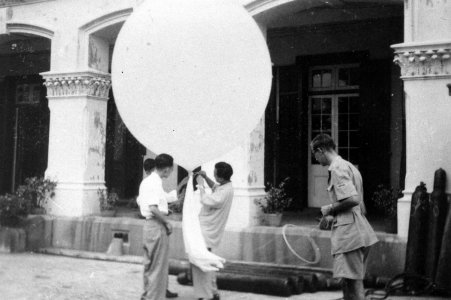 Figure 2. Launching of pilot balloon at the Observatory in the early years

The first attempt to measure the upper-air temperature and humidity was made in March 1947 using instruments on board an aircraft. First undertaken by aircraft of the Far East Flying Training School, the work was taken over by the Hong Kong Flying Club from February 1949 onwards. Aircraft meteorological flights were discontinued after radiosonde (Figure 3) operation began in November 1949. 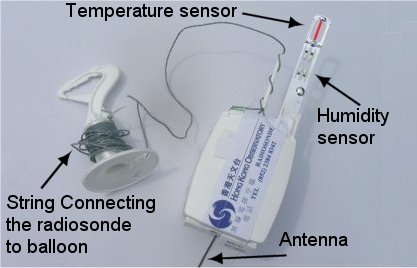 The first upper-air sounding system using radiosondes was installed in 1949 at the Observatory headquarters. A suitable site was later identified at a hill top in King's Park, and a station was subsequently established there in 1951 (Figure 4) for the release of radiosondes. 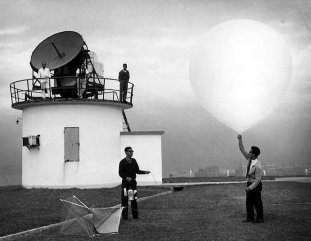 During an upper-air sounding operation, the hydrogen-filled balloon carried a radiosonde and a radar reflector. Measurements of pressure, temperature and humidity taken by sensors on the radiosonde were transmitted to the ground station by radiowave. At the same time, the radar tracked the movement of the radar reflector and determined the range, azimuth and elevation of the reflector, allowing computation of winds. These measurements could reach an altitude of 30 kilometres before the balloon burst. The upper-air data obtained is normally plotted on a Tephigram (Figure 5) for use by meteorologists. 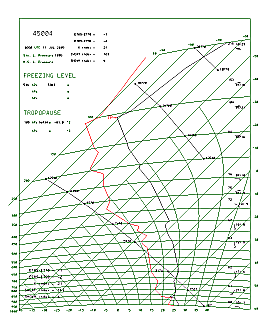 Figure 5. Tephigram showing the temperature, dew point and wind in the upper atmosphere

In 1981, the Observatory installed the MicroCORA, a system which allowed automatic tracking of the radiosondes without using radar. This system employed a new concept for measuring upper winds, viz. use of VLF (very low frequency in the range of 10 - 13 kHz) signals from a global navigational network, OMEGA, for computing the wind. When MicroCORA was replaced by a more advanced version, DigiCORA (Figure 6) in 1993, upper-air sounding operation entered yet another milestone, the digital era. 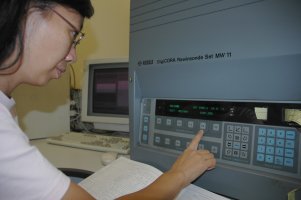 The Observatory began to employ GPS wind-finding technology in 1997. Both the radiosonde and the ground station are equipped with special antennae for receiving satellite-based GPS signals. These signals, combined with the relevant satellite orbital data, enable the wind to be computed. Apart from unprecedented accuracy, the GPS wind-finding system is less affected by adverse weather such as lightning and thunderstorms.

The Observatory installed the first wind profiler in Hong Kong at Sham Shui Po in 1996. The aim is to monitor low-level winds in the first few kilometres above the surface, to ensure aviation safety. The wind profiler there has superseded the radiosondes released each day at 2 a.m and 2 p.m. from 1999 and 2007 respectively for providing wind direction and speed. After the operation of the airport at Chek Lap Kok in 1998, three more wind profilers were implemented, at Sha Lo Wan, Siu Ho Wan (Figure 7) and Cheung Chau respectively. The four wind profilers now continuously monitor the winds over the airport and its vicinity as well as in the urban areas. 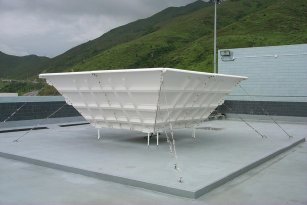 Upper-air weather measurements in Hong Kong entered an era of full automation when the Observatory introduced the Automatic Upper-air Sounding System (AUSS) (Figure 8) in 2004. This system is the first of its kind in southeast Asia. The system automatically inflates a balloon and releases it. Apart from lowering operation costs and improving work efficiency, it also enhances personnel safety. Starting from late 2008, helium has been used in place of hydrogen for inflating balloons. This further improves staff safety. 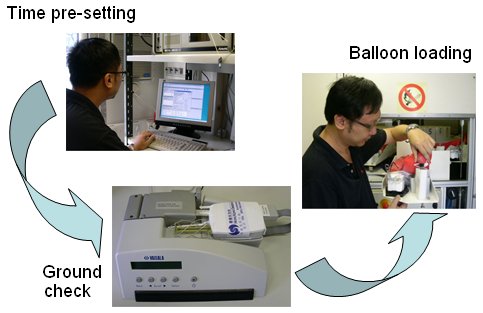 Figure 9. Preparation prior to launch of radiosonde

The AUSS is equipped with a circular tray which holds up to 24 radiosondes. The radiosondes are released twice a day (8 a.m. and 8 p.m. local time) according to a pre-set schedule. Prior to this, some preparation of the radiosonde is required (Figure 9). The processes that follow are all automatically carried out by the AUSS (Figure 10). The upper-air weather data obtained are compiled remotely, and then after checking disseminated to weather centres all over the world. 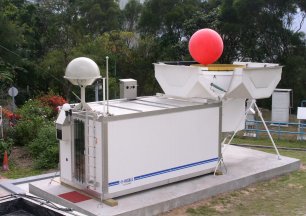 Figure 10. AUSS in the act of releasing a balloon