Apart from the Observatory's satellite imagery webpage, various types of satellite imageries are introduced on the Geographic Information System (GIS)-powered "Met on Map" webpage, useful for users to get hold of the latest weather development when combining with other weather information. 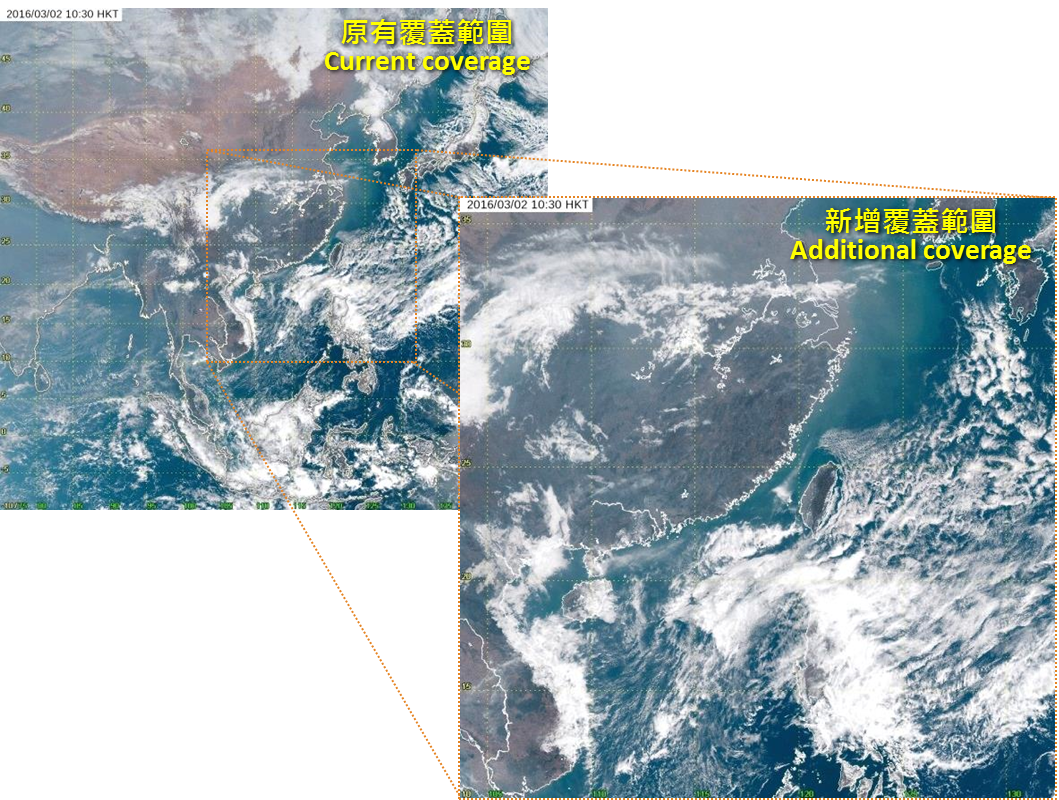