A total solar eclipse will occur on 22 July (Wednesday), but it will be visible only as a partial eclipse in Hong Kong, weather permitting.

It will begin at 8.15am and end at 10.46am, with the maximum eclipse occuring at 9.26am. This partial eclipse has a magnitude of 0.748, meaning that 74.8% of the sun's diameter will be obscured by the moon at maximum eclipse. This solar eclipse has the largest magnitude seen in Hong Kong since 1958. Please refer to the attached diagram for the path of the sun and the moon during this partial eclipse.

Details of the partial eclipse are as follows:


The elevation of the sun is rather high during the eclipse so most places with an unobstructed view to the east are suitable for viewing the event.

Due to the damaging effect of sunlight, people should not look directly at the sun with the naked eye or through a telescope. A safer method is to project the sun's image through a pinhole or a telescope onto a piece of white paper or cardboard and view the projection. An illustration is given on the Hong Kong Observatory's website:
http://www.weather.gov.hk/gts/event/event-solar-eclps16_e.htm

Please refer to the Observatory's website for a detailed explanation of the technical terms used for different stages of the eclipse:
http://www.weather.gov.hk/gts/astron2009/solar_eclipse_e.htm 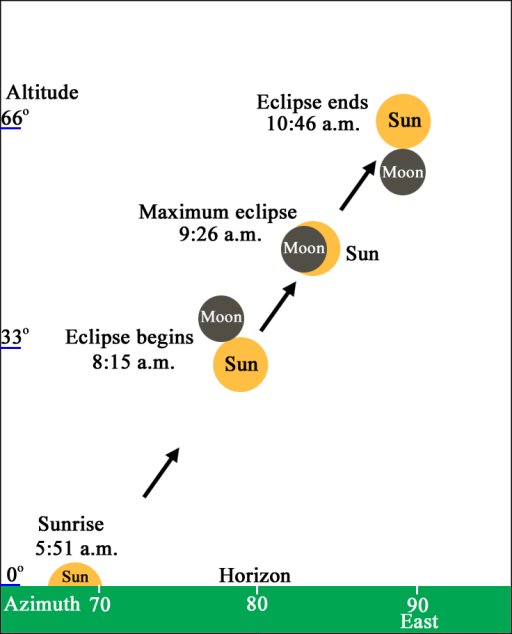 Partial eclipse of the sun on 22 July 2009
(The above diagram is for illustrative purpose only. Sizes of the sun and the moon are not drawn to scale.)