Using high-speed computer to tackle the computational demand, numerical weather prediction (NWP) is the technique used to forecast weather by solving a set of equations of a numerical model that describes the evolution of the atmosphere. The meteorological parameters considered by the numerical model include temperature, wind, pressure and moisture content.

In the model, the state of the atmosphere at any given instant is represented by the values of the meteorological parameters at systematically arranged points set up within a three-dimensional grid. The larger the set of grid points, the finer the model resolution and the more details in the future state of the atmosphere can be described, but the computational demand is also substantially higher.

Approximations and assumptions are made in the model equations and representation of the physical processes. To solve the set of model equations, initial conditions have to be properly represented and set up using the latest information. In practice, the initial state of the atmosphere is analyzed by taking a previous model forecast, ingesting the latest meteorological observations to update the situation, and then starting a new forecast cycle.

At the Hong Kong Observatory (HKO), the Non-Hydrostatic Model (NHM) is run at horizontal resolutions of 2 km (inner domain) and 10 km (outer domain), i.e. covering the lower end of the mesoscale weather systems. (Note: mesoscale weather systems refer to weather systems with horizontal scales ranging from a few to several hundred kilometres. Examples are thunderstorms, sea and land breezes, cold fronts and rainbands in tropical cyclones.) Graphical products from model outputs are generated to facilitate interpretation and other applications.

In late 1980s, constrained by available computer speed and memory resources, the NWP model implemented by HKO could only simulate a limited region of the atmosphere using a 100 km by 100 km grid (Fig. 1) and calculation was limited to once per day. In 1999, the model resolution was enhanced to 20 km by 20 km (Fig. 2) to provide model forecasts updated every 3 hours. With the computing power increased to teraFLOPS (i.e. 1012 FLoating point Operations Per Second) scale, operation of NWP model at resolution of 2 km by 2 km becomes possible (Fig. 3). 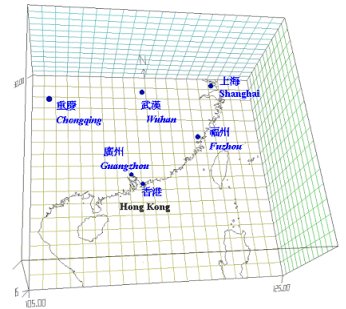 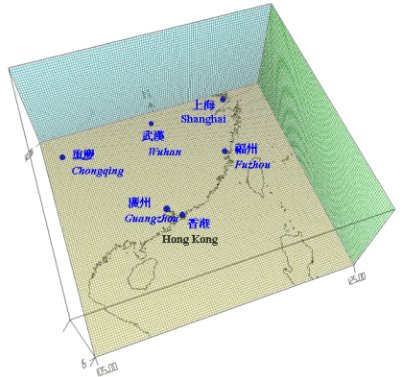 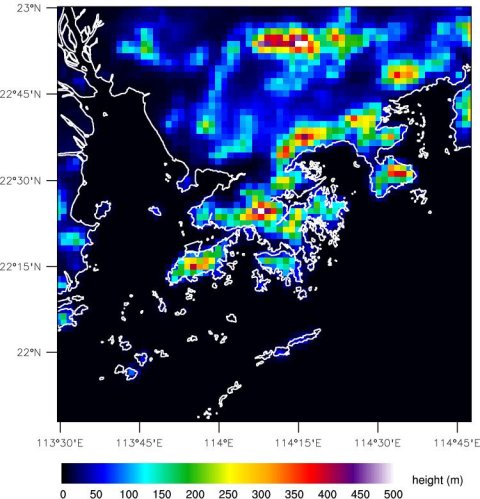 Since 2010, HKO has been using a high-speed computer cluster, the NWP Intergrated Computing Environment (NICE), to run NHM (Fig. 4) 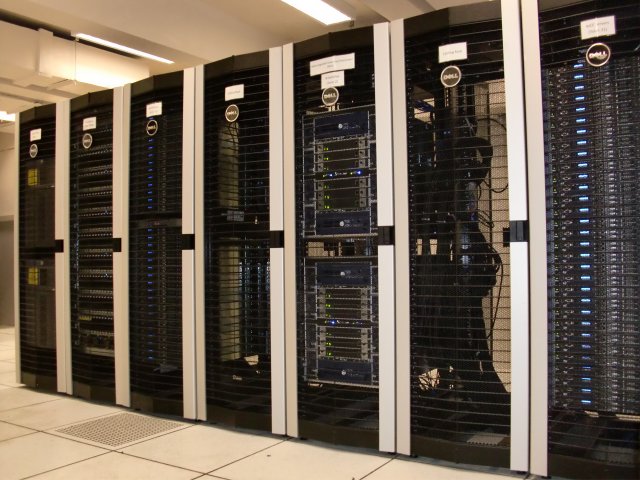 NHM is operated to provide more timely and detailed objective guidance for formulating weather forecasts and time-critical warnings of inclement weather. The 10-km NHM is run eight times a day to generate 72 hour forecasts. The 2-km NHM is run every hour to generate 15 hour forecasts. Prognostic weather charts and other post-processed products are made available to forecasters as early as 1 hour and 3 hours after analysis time for 2-km NHM and 10-km NHM respectively. Model-extracted information is customized and packaged for optimal visualization, e.g. time-series forecast of surface wind, temperature, humidity, cloud cover and cumulative rainfall over Hong Kong (Fig. 5). Other derived products are also generated, such as regional temperature forecasts, automatic regional weather forecast and wind strength distribution during typhoon landfall (Fig. 6). For short-range warning of heavy rain and thunderstorms, NHM forecasts are integrated with the nowcasting system for a combined display of operation-critical weather information. 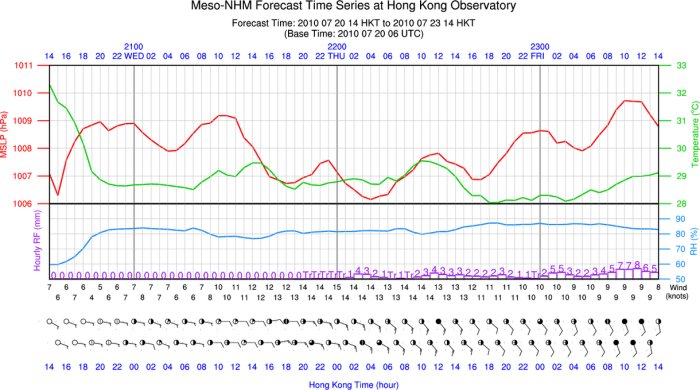 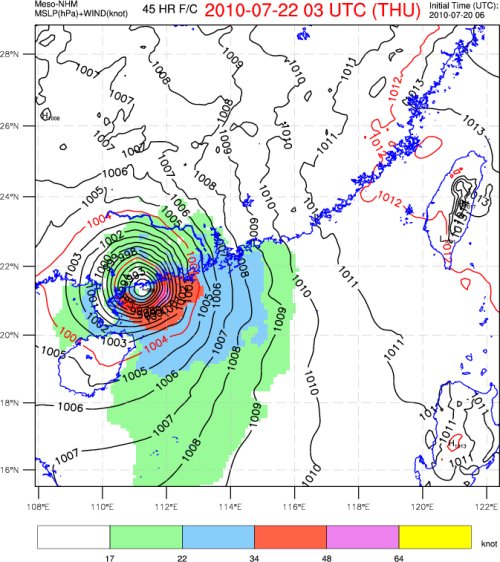 Numerical weather prediction has its inherent limitations. Inevitably, data will always contain errors; and in practice, observations are never quite dense enough to be truly representative of the real atmosphere. This is particularly the case over the oceans. Subtle differences in the initial conditions can lead to a substantial divergence in the final computational results.

The representation of mesoscale systems such as thunderstorms becomes more complete using NHM as the horizontal resolution is increased and more sophisticated physical representation schemes are applied. However, the prediction of the precise location, timing and severity of rainstorms and other high-impact weather systems require the ingestion of more observational data to improve the model initial conditions. Research and development are underway on a more extensive use of the remote sensing observations like satellite and radar data.