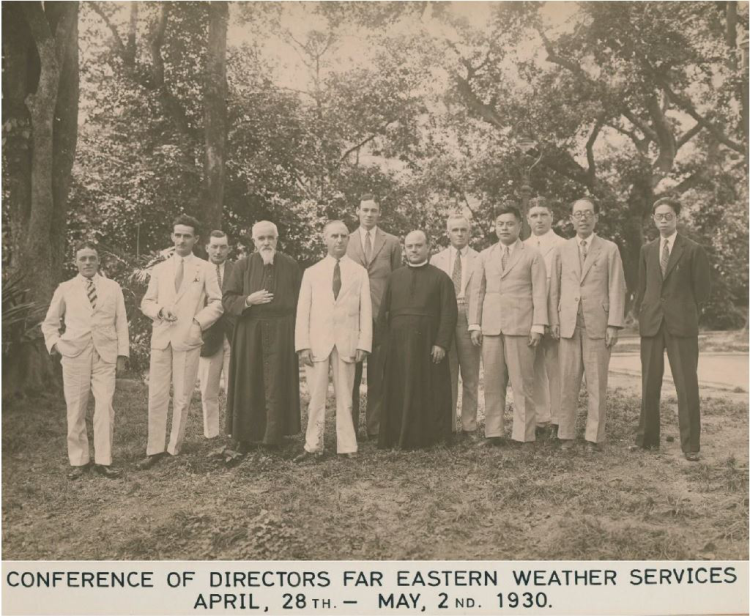 A group photo of the participants taken during the first "Conference of Directors of Far Eastern Weather Services" organised by the Observatory. Standing fifth from the left in a white suit is the then Observatory's Director, Mr Thomas Folkes Claxton, photographed on 28 April 1930.

Hoisting of the Standby Signal No. 1 at the Observatory’s Headquarters in the 1930s, under the supervision of Mr. GSP Heywood (2nd right) who became the first Director after the Second World War. (Photo courtesy of family of Mr. GSP Heywood) 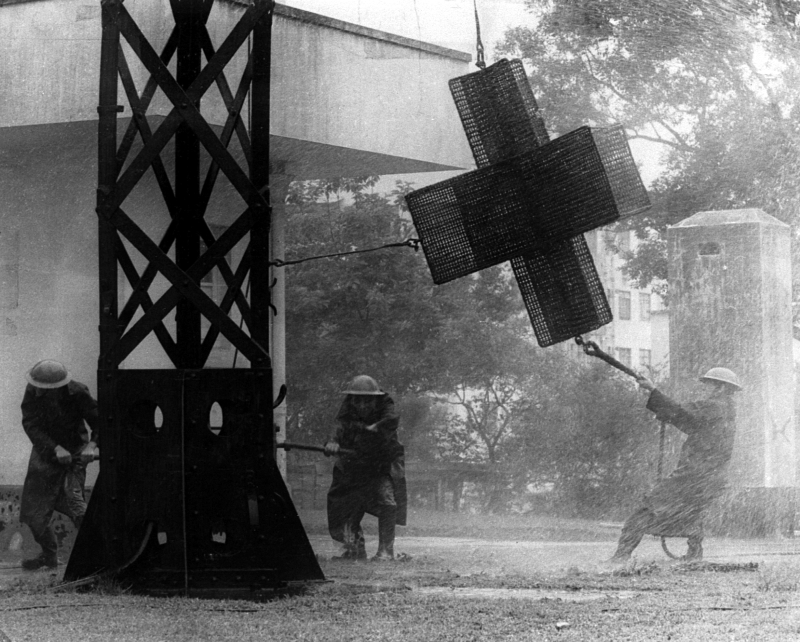 Hoisting of the Hurricane Signal No. 10 at the Observatory’s Headquarters. 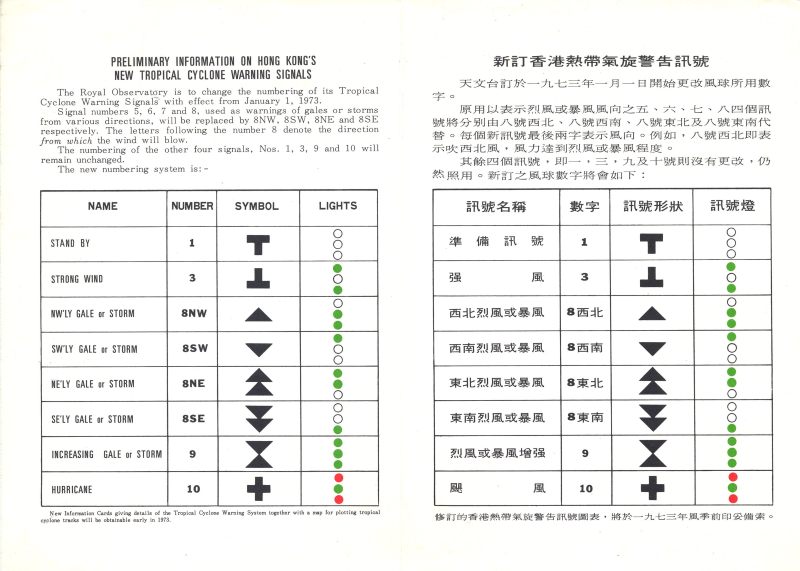 The Observatory’s pamphlet published in 1973 on the new local tropical cyclone warning signals in Hong Kong. This system has been in use since then