The Observatory is dedicated in promoting meteorological education to the youth organizations. On 18 February, around fifty Hong Kong Air Cadet Corps (HKACC) members who were participating in a Glider Pilot Course attended a lecture on aviation meteorology conducted by experienced aviation forecasters Messrs FC Sham and CF Wong. They also visited the Central Forecasting Office and Exhibition Hall of the Observatory to familiarize themselves with the operations of the weather centre.

HKACC Mr Alex Lee, Flight Lieutenant, expressed sincere appreciation to the Observatory staff's detailed briefing. He also said that the visit enhanced their knowledge of meteorology and aviation weather hazards. The participants were so excited after attending the lecture and visit that a number of them stayed behind to discuss with the forecasters until 11:00pm. 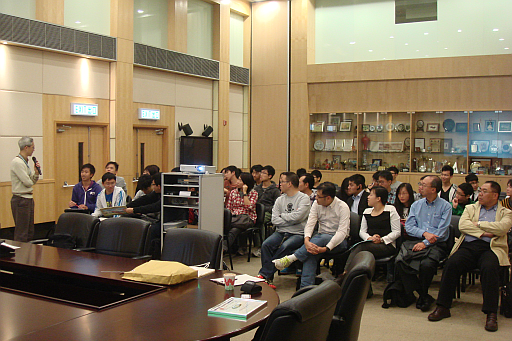