The event was featured with exhibition, game booths and display of different models of fixed-wing aircrafts and helicopters. The Observatory set up an exhibition booth to introduce to members of the public the weather services for the aviation community. Apart from introducing windshear and other aviation impacting weather elements, the aviation forecasters also demonstrated the effect of windshear on an aircraft in a vivid and interesting way by using a windshear computer game developed by the Observatory. The game was particularly welcomed by the children.

The Observatory's booth was well received by local aviators and members of the public. The Observatory has been maintaining close ties with the local aviation community,sparing no effort in promoting education on aeronautical meteorology in Hong Kong. 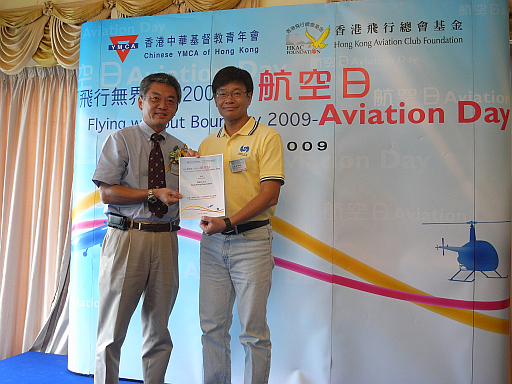