The Hong Kong Observatory and representatives of airlines and pilot associations celebrated the 20th Anniversary of the Liaison Group on Aviation Weather Services and launched a new layout for the "Aviation Meteorological Information Dissemination System" (AMIDS) website yesterday (5 February 2013).

Speaking at the ceremony, the Director of the Hong Kong Observatory, Mr. SHUN Chi-ming, said, "The Liaison Group on Aviation Weather Services is the first liaison group that the Observatory set up with the users of our weather services. It provides a platform for direct exchange of views between the users and the Observatory, enabling the needs from the users to be better understood. The new layout for the AMIDS is a good example of the improvement in services through interaction with our users. With the current effort to optimize decision making through common situation awareness, there will be great changes to the way weather services are to be provided to the aviation community in the near future. We would work closely with the liaison group for continual improvement in our services to meet their needs."

Flight Dispatch Manager of Cathay Pacific Airways Limited, Mr. Edwin Wong, indicated that the new layout suited their daily operational needs. By simply clicking a couple of buttons on the website, they will obtain with ease the required weather information.

Director of the Hong Kong Observatory Mr. Shun Chin-ming (sixth from the left, front row), together with members of the liaison group, at the launch of the"Aviation Meteorological Information Dissemination System" newlayout. 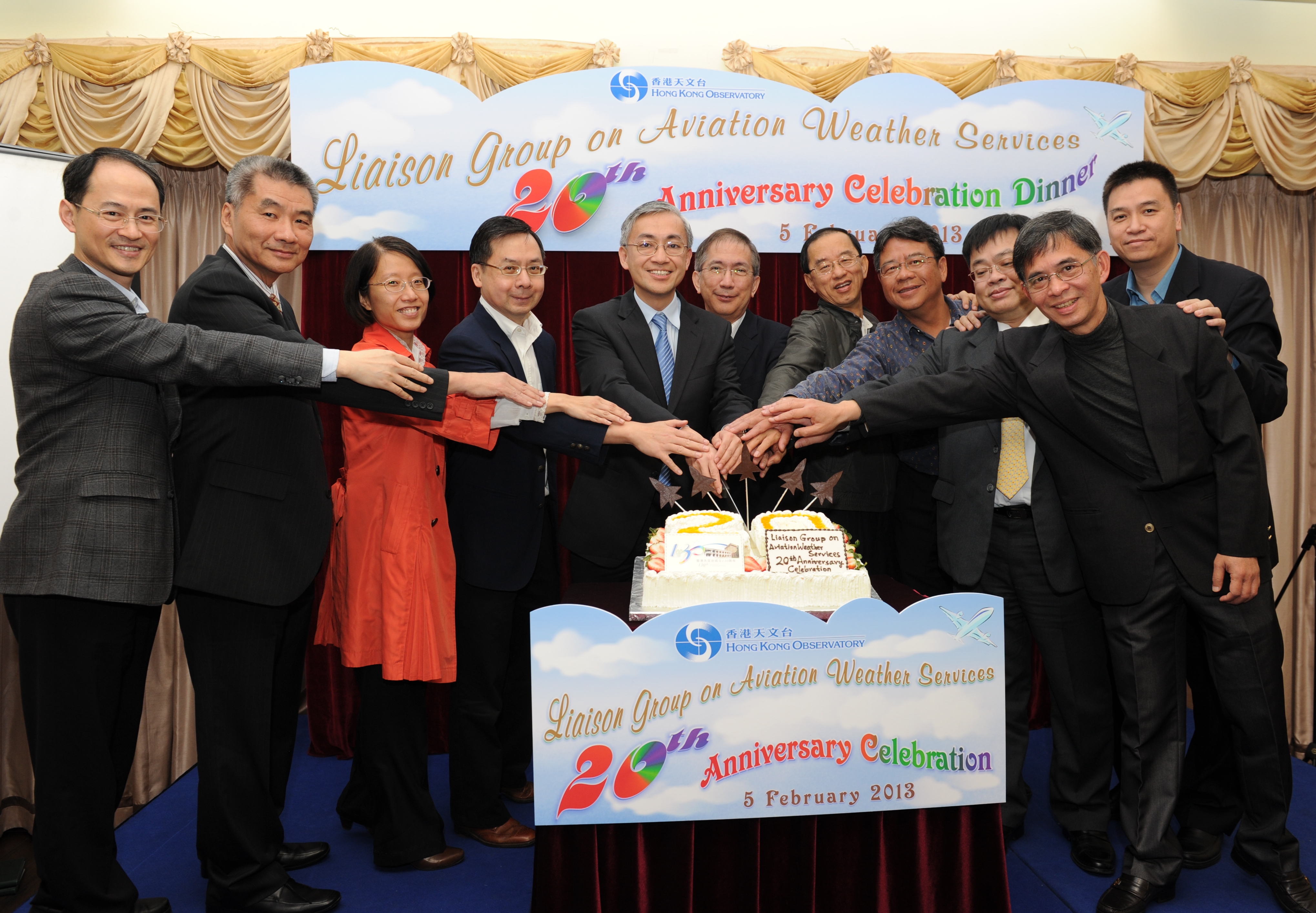 Director of the Hong Kong Observatory, Mr. Shun Chi-ming, (fifth from the left) celebrating the 20th Anniversary of the Liaison Group on Aviation Weather Services with founding and early members.