The "Science in Public Service" (SIPS) fun fair 2008, jointly organised by more than 30 government policy bureaus, departments and collaborating organisations, took place from 14 to 16 November at Victoria Park, Causeway Bay. The fun fair is the largest SIPS event since its launch two years ago.

The Chief Executive, Mr Donald Tsang; the Secretary for Commerce and Economic Development, Mrs Rita Lau and the Director of Hong Kong Observatory, Mr Lam Chiu-ying, officiated at the opening ceremony of the fun fair. 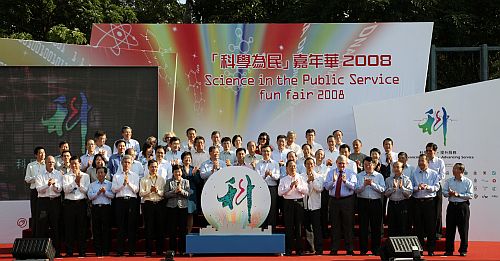 The Chief Executive, Mr Donald Tsang, together with other officiating guests and representatives of participating departments and institutions, launching the fun fair.

An estimated 40,000 people visited the fun fair and witnessed participating bureaus, departments and collaborating organisations showcased their scientific work and the application of science and technology in the provision of their services through exhibitions, demonstrations, interactive games and workshops. There were also a wide variety of stage programmes, including band performances, demonstrations by police dogs and quarantine detector dogs, rescue performances, quizzes, lectures and talk show, each with a scientific theme.

Launched in 2006, the "Science in Public Service" campaign is to publicise how government departments apply advanced science and technology to the provision of public services through a series of public education activities. 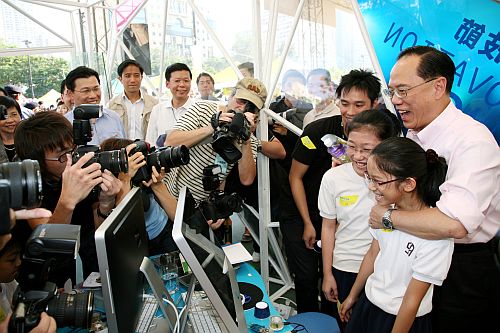