The Hong Kong Observatory (HKO) launches a website (http://www.ntf.weather.gov.hk) for the World Meteorological Organization (WMO) to promulgate the work of an expert team under WMO to develop the new terminal forecast, to introduce prototype products to aviation users, and to collect user's feedback.

This expert team was set up by the Commission for Aeronautical Meteorology of WMO to develop proposals for a new terminal weather forecast based on the advance in meteorological science in recent years, with a view to supplement the existing conventional aerodrome forecast. It is expected that the new terminal forecast will facilitate airport and air traffic management authorities in effectively mitigating the impact of weather to flights, thereby enhancing aviation safety and efficiency. The Observatory, representing Hong Kong, China, is one of the core members of the expert team. Other core members include Australia, Canada, China, France, and USA.

Based on airlines' feedback during a survey on the new terminal forecast, the website is set up to provide prototype products, currently including:

Further prototype products are expected to be launched by the other expert team members on the website. 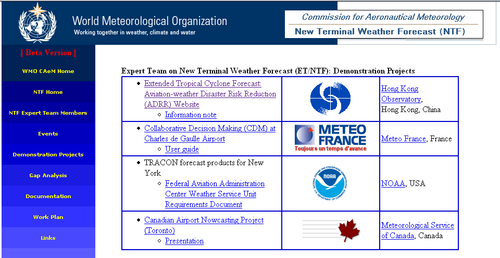 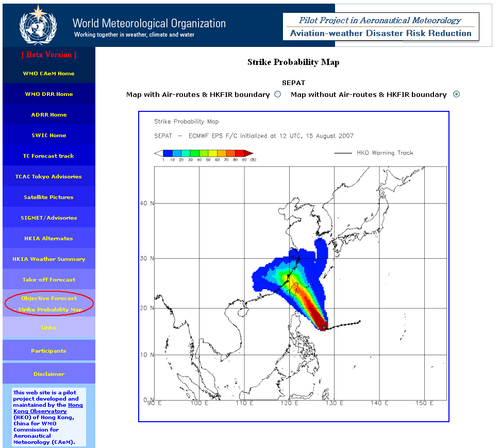 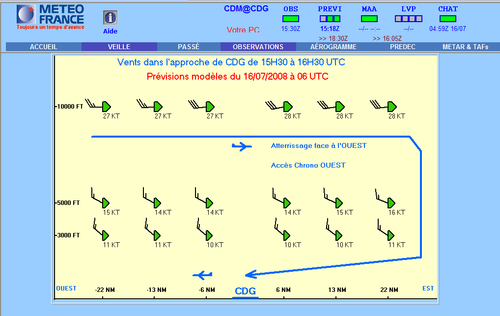