You may be aware that while hiking at the countryside, winds up the hill are usually found to be stronger than those at lower elevations. If you go kiting, you may find that the kite may easily fall if it is close to the ground, while it will become steady if it is lifted sufficiently high. Why there is difference between the winds at high levels and on the ground?

"Winds"' refers to the air flow from a region of higher pressure to a region of lower pressure. The air flow is slowed down by the friction between air and the adjacent objects. Since obstacles near the ground, such as building structures, plants and etc., disrupt air flow, causing larger frictional force, air flow near the ground is hence slower.  On the contrary, there is less friction at higher place which is more exposed.  The air flows faster and hence stronger winds (Figure 1).

However, winds are not necessarily getting stronger with height. For some weather systems such as low level jet, winds are particularly strong at certain altitudes. Besides, under gusty conditions associated with thunderstorms, winds near the ground can be much higher than those aloft. During the passage of a squall line associated with severe thunderstorms on 30 March 2014, the maximum gust recorded at Tsing Yi exceeded 100 km/h (Figure 2). The Hong Kong Observatory had reminded people to take precautions against violent gusts in the Thunderstorm Warning. 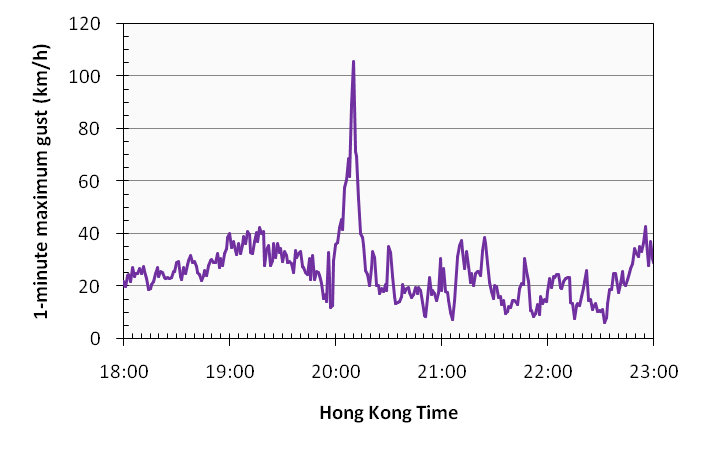 In view of the variation of wind speeds with height, wind measuring instrument (i.e., anemometer) is normally installed at 10 metres above the ground and away from nearby obstacles (Figure 3). If you look around carefully, you might be able to find some anemometers around you! 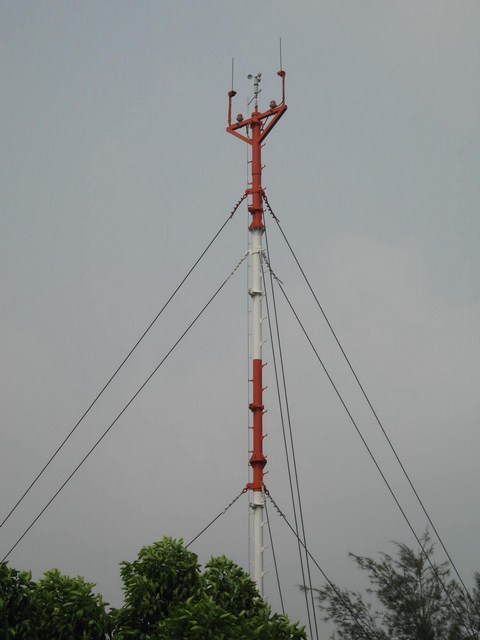