In the past 30 years, there has been a worldwide surge of dengue fever in tropical and subtropical regions threatening over 100 countries and endangering the health of more than 2.5 billion people.  It is estimated that dengue fever, and associated dengue haemorraghic fevers are responsible for the loss of over 20,000 lives annually.  In Southeast Asia, dengue fever is endemic in many countries including Thailand, Malaysia, Singapore, China, Indonesia, Vietnam and the Philippines.  Dengue fever is an arboviral disease transmitted by Aedes aegypti and Aedes albopictus. The latter is one of the common mosquitoes in Hong Kong.  A total of 44 ovitrap sites over Hong Kong have been set up by the Food and Environmental Hygiene Department (FEHD) to monitor the abundance of Aedes albopictus in Hong Kong.  Ovitraps (Figure 1) were firstly used in the United States in an Aedes aegypti education project in 1969, and then in Malaysia in 1979 to study the abundance and distribution of Aedes species in Penang Island.  They have been commonly used in Aedes aegypti surveillance programmes in international airports worldwide. 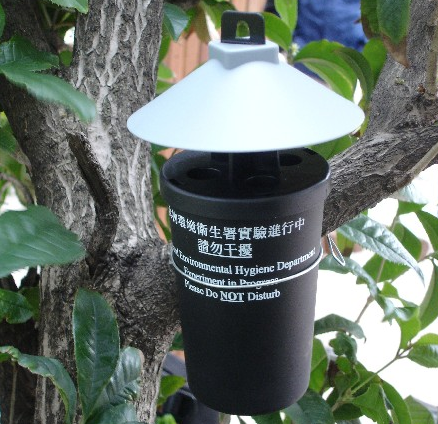 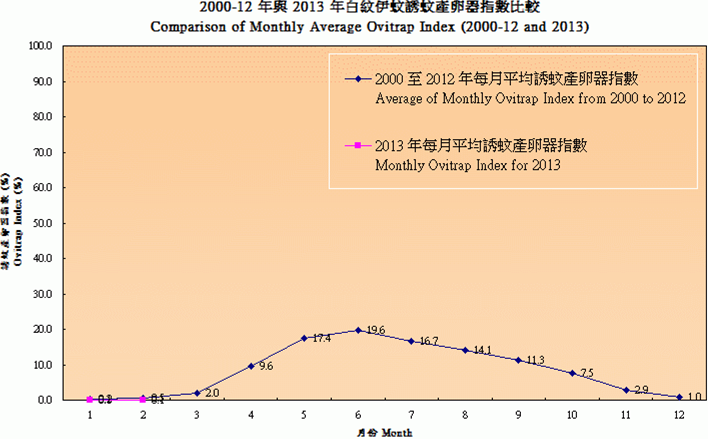 The Observatory and FEHD worked together to develop a Climate Aedes albopictus Abundance Model based on the data collected at Ta Kwu Ling from July 2007 to June 2009.  The model can be used to predict the level of Ovitrap Index for planning of preventive and control measures against Aedes albopictus in Hong Kong by making use of the total rainfall and the mean air temperature over a 15-day period prior to the setting up of ovitraps and the predicted mean air temperature of the 7-day period after setting up of ovitraps at the site.  Furthermore,the effectiveness of the preventive and control measures against Aedes albopictus taken before setting up of ovitraps can be assessed by comparing the recorded and predicted Ovitrap Indices.