Thunderstorms commonly occur in spring and summer in Hong Kong. Most thunderstorms form in cumulonimbus clouds which typically cover an area of a few kilometres in diameter with a vertical extent of ten kilometres or more.

Thunderstorms are capable of producing a variety of intense and severe weather, including heavy rain, lightning, gust, hail, waterspout and tornadoes. Severe thunderstorms are associated with intense convection, resulting in violent descent of air, or downdraft, and heavy rain.

The most violent form of downdraft from a thunderstorm is called the microburst - a strong downrush of winds which often radiate outward from intense thunderstorms as they strike the ground surface.  Microburst is short-lived, usually lasting for about 5 to 15 minutes, and they are relatively compact, usually affecting an area of 1 to 3 kilometres in diameter.

In Hong Kong, a Terminal Doppler Weather Radar (TDWR) was installed at Tai Lam Chung (Fig.2) to detect windshear and microburst so as to enhance the safety of aircraft landing and taking off from the Hong Kong International Airport.  Equipped with sophisticated computer programs, the TDWR is able to automatically detect thunderstorm-induced microburst/windshear phenomena. The geographical distribution of windshear and microburst is displayed on graphical displays (Fig 3) for reference by air traffic control supervisors and aviation forecasters. The microburst/windshear alert information would be disseminated to pilots and aviation operators without delay.  These alerts are updated at least once every minute.

Fig.1  Effect of a microburst on an approaching aircraft. 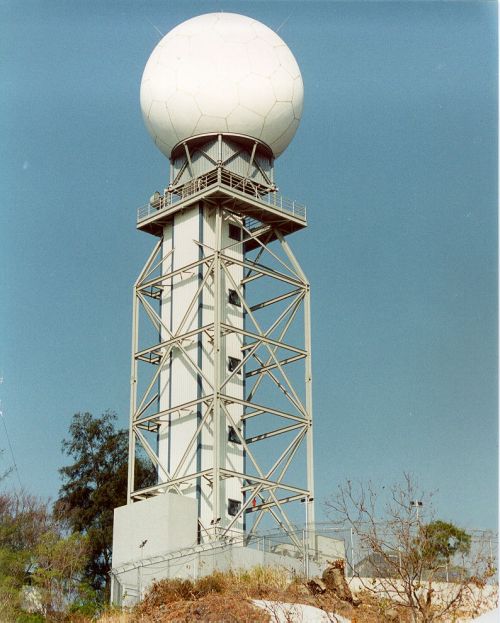 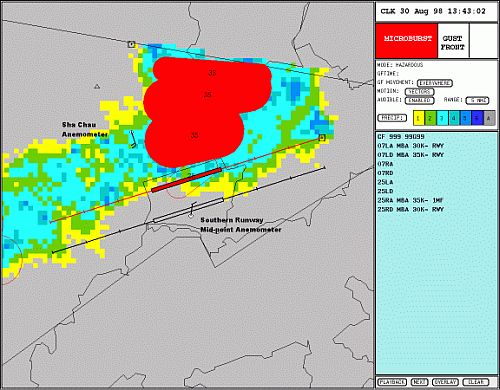