Sometimes during the Northern Hemisphere summer, an elongated region of dense clouds several thousand kilometres long (the area marked by yellow dotted line) appears on the satellite images. Meteorologists call this the "Intertropical Convergence Zone", while the section from the South China Sea to the Indian Ocean is also known as the "monsoon trough". Due to the converging winds from opposite directions - southwest monsoon from the south and the northeast trade winds from the north (see blue arrows), convective activity can easily be triggered along the monsoon trough and low pressure areas can develop. The resulting phenomena are referred to as monsoon lows.

Although a monsoon low and a well-developed tropical cyclone both have rotational circulations, there are obvious differences in structure (see table). Whether the former will develop into the latter depends on the atmospheric environment, such as vertical variations in winds, transport of moisture, sea surface temperature, and high altitude divergence. The tropical depression forming over the coastal waters of western Guangdong on the morning of 17 August 2016 was an example of a successful evolution from a monsoon low to a tropical cyclone.. 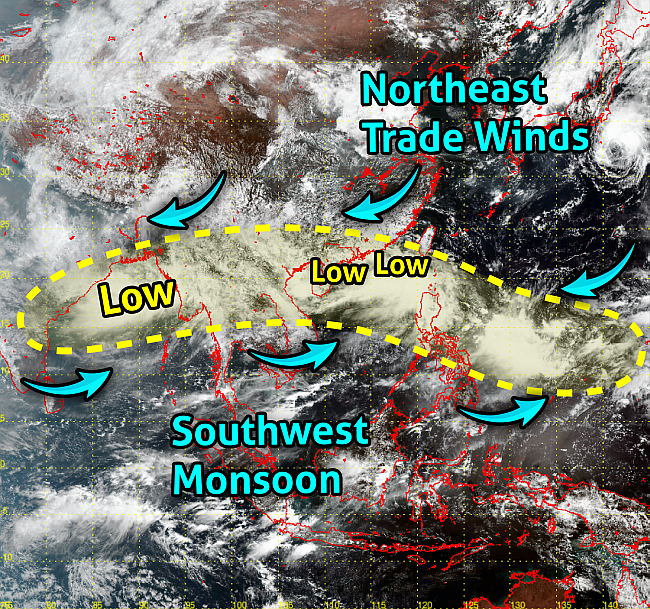