People asked us what climate change may mean for the Asian monsoons. Well, if research work on the subject is any guide, the relationship between climate change and the monsoons are anything but simple.

First, what causes the monsoons in East Asia? It is all because of the huge land mass there. In the blog of 30 April 2010, it was explained that among all materials, water is practically the most difficult to heat up. So, during summertime with plenty of sunshine, the air over the Asian land mass heats up faster than that over the ocean. This creates a temperature difference and brings a southwest wind from the ocean towards the land. This is more or less how the summer monsoon comes about, although in East Asia, the peculiar topography of the Himalayas and the Tibetan plateau has an influence on it. 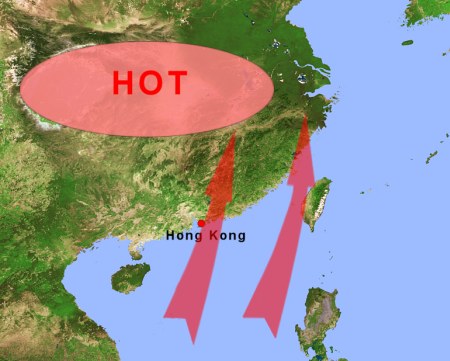 The opposite happens in the case of winter monsoon. As the cool season progress, the Sun moves south and the amount of sunshine decreases. The air over the Asian land mass cools down faster than that over the ocean. The resulting temperature difference brings a northeast monsoon from the land towards the ocean. 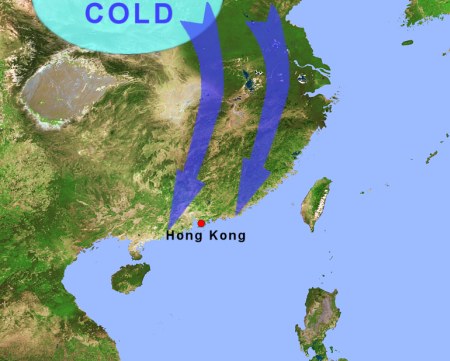 Tracking of air arriving at Hong Kong gives us an idea of where the air comes from. Figures 4 and 5 below present these tracks for July 2010 and December 2009 respectively. One can see that most of these were from the southwest in summer and from the northeast in winter. 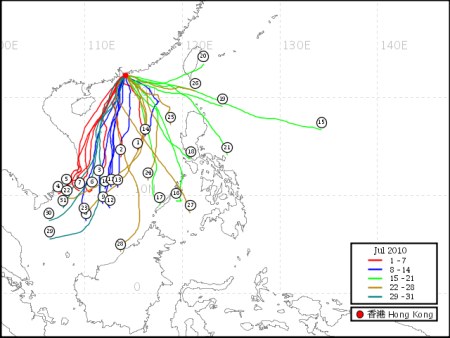 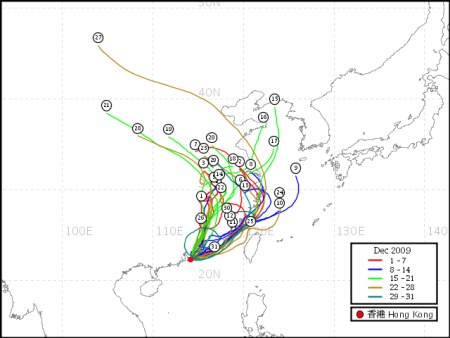 Studies show that both the summer and winter monsoons affecting China have weakened over the past few decades. Scientists think that there are several reasons for such a decrease: global warming, regional and global changes in atmospheric circulation, changes in solar radiation, as well as human-induced aerosols (i.e. tiny particles suspended in the atmosphere, generated by human activities such as burning and use of fossil fuel).

In the context of global warming, the last few decades saw more pronounced warming over land than over ocean, particularly for high-latitude regions. The reduced temperature contrast between land and sea gives a weaker winter monsoon. 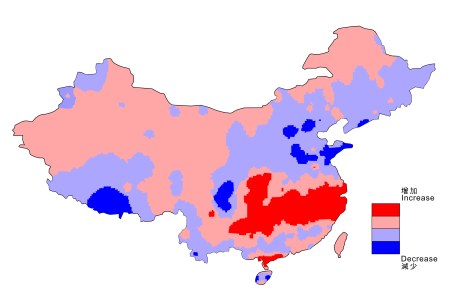 Explaining the weakening of the summer monsoon is a little more complicated. This hinges on the summer cooling observed in central China over the past few decades. Such cooling may be linked to an increase in human-induced aerosols which reduces the incoming sunshine. The reduced temperature contrast between land and sea results in a weaker summer monsoon, which in turn means the southwest wind may not reach as far north as in the past. The end result is the shifting of the summer rain belt from north to south. More rain in central China translates into a further cooling of the land surface, and subsequently an even weaker monsoon.