Ripples in the Atmosphere

Ripples in the Atmosphere

When a pebble is dropped into a pond, the calm water surface is disturbed and the circular water ripples will spread out. Similarly, ripples can be generated in the atmosphere under some suitable conditions. When the atmosphere is stable, the air in the lower layer is denser than the air in the upper layer. If the air parcel from below is forced to rise to the upper layer with lower density under external forcing, it will subsequently sink under the influence of gravity. When the air parcel continues to sink beyond its original level and reach a level with denser air in its surrounding, the air parcel will be forced to rise again due to buoyancy. This vertical oscillating motion generates ripples in the atmosphere which is known as atmospheric gravity waves.

An example of atmospheric gravity waves is the airflow over a mountain ridge. When the winds are strong enough to flow over the mountain ridge, the air will be forced to lift along the slope. If the atmosphere near the mountain top is stable, gravity waves could be generated on the leeside as a result (Figure 1). Rising air of the wave favours the formation of clouds while sinking air of the wave favours the occurrence of clear sky. The lenticular cloud shown in Figure 2 is an example of clouds originating from the undulating airstream. Sometimes clouds can form along the entire path of the waves and these clouds appear as a stationary striated pattern on satellite imageries (Figure 3). When aircrafts fly over mountain ranges, undulation in the airstream may cause bumpy flight. On the other hand, unpowered gilders can gain height using the rising part of the gravity waves (Ref. [1]). 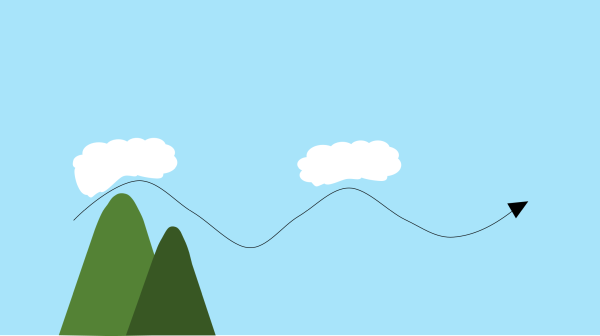 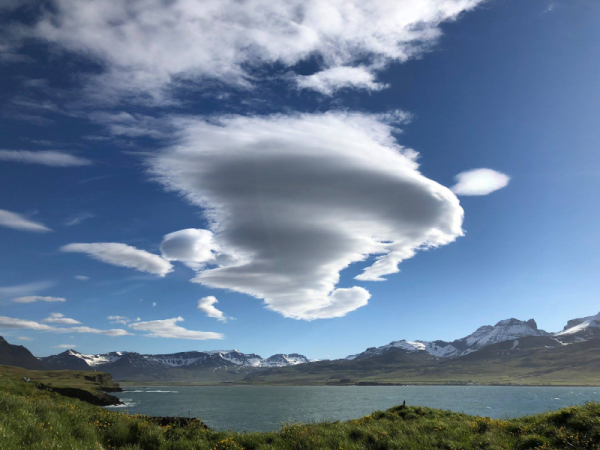