A common sight in Polar Regions is the formation of ripple like features and ice sculptures on the snow plains and ice fields.  From afar, they appear very similar in appearance to sand dunes on a beach.  Known as sastrugi they are formed by wind erosion and their size can be from a few centimeters to a few meters high.  Unlike the ripples in sand dunes, sastrugi ridges are usually parallel to the wind direction. 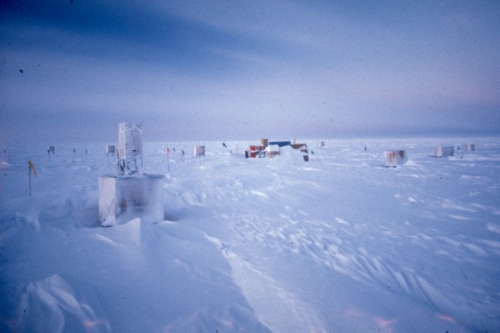 Intricate ice sculptures can form as a result when softer snow is eroded away from more compact snow leaving complex shapes and jagged features (Photos (2) and (3)). 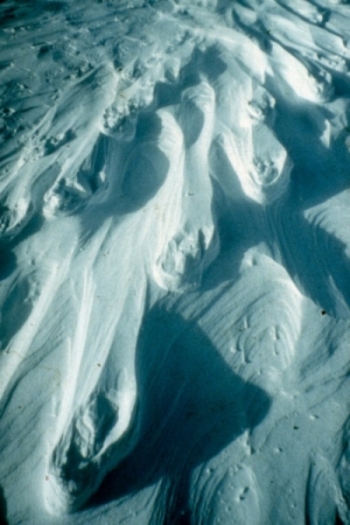 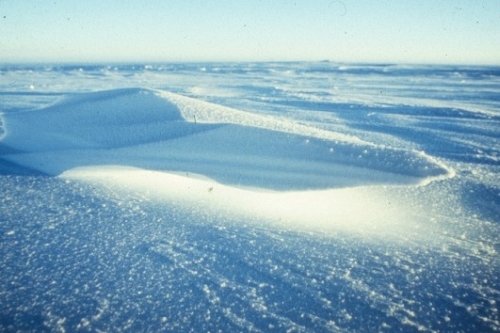 Photo (3)  Sunlight concentrated underneath a sastrugi that has had the softer underlying snow eroded away. (Photo courtesy of John KW Chan, HKO)