Following the seasonal march, the northeast monsoon becomes the predominant weather system in Hong Kong during autumn and winter.  Temperatures near the surface drop; moisture contents decrease; and the weather becomes relatively stable with temperature inversion frequently observed in the lower or middle atmosphere.  The most observable change is the quite limited cloud development along the vertical direction.  Cumulus clouds prevailing in the lower atmosphere during summertime would be replaced with stratocumulus in autumn and winter.

Stratocumulus, being composed of tiny water droplets, can be grayish or whitish.  It belongs to the low cloud group with cloud base height of 2000 meters or below.  It is usually thin with a depth of a few hundred meters and the horizontal coverage often exceeds several kilometers.  Among the varieties of stratocumulus, Stratocumulus Undulatus is most frequently observed and noticeable during autumn and winter.  Quite often, it exhibits itself in the form of regularly arranged rolls or patches, with blue sky in between (figure 1).  This distinctive pattern reflects that the formation of stratocumulus undulatus is closely related to the wavy motion in the air.

In fact, the atmosphere is full of waves with different origins.  Some are generated from the boundary between two air layers with different densities and velocities; some are triggered by the upward movement of air forced by mountain range.  These waves induce up and down motion.  When sufficient moisture is present, cloud will form where the wave rises above the condensation level and dissipate where it falls below the level (figure 2).  Eventually cloud strips and gaps are arranged in an alternating pattern.  Stratocumulus undulatus carries limited moisture content and is usually not rain-bearing.  On some occasions, particularly when cloud strips merge together and develop further, it may indicate that rainy weather is on the way. 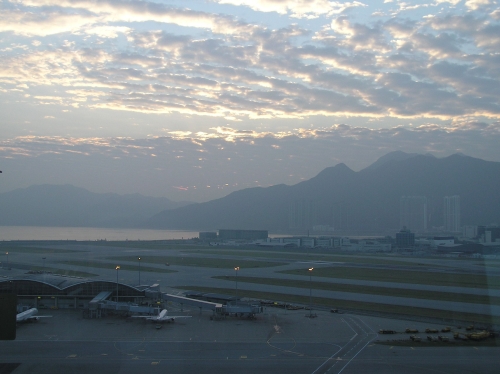 Figure 1.  Stratocumulus undulatus observed to the east of the Hong Kong International Airport on 24 November 2003. 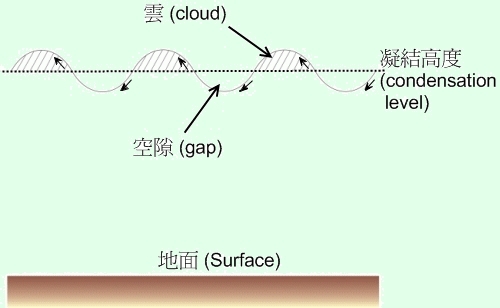