Stratus is one type of low level clouds. Its cloud base is below 2 kilometers. Stratus consists of tiny water droplets.

Stratus appears grey or greyish white in sheets of layer clouds with fairly uniform cloud base without reaching the ground. Stratus sometimes appears in the form of ragged patches too. The cloud base usually is only around three hundred metres or less above ground. It could often mask the middle parts of mountains or the tops of high buildings (Fig.1).

If the ground temperature drops, the humidity in the air will increase causing the clouds to thicken downward. The low stratus could also develop over cold sea surface when the air is moist and the wind is light or calm. When the cloud base reaches the ground or sea surface, the stratus becomes fog (Fig.2). Vice versa, the air humidity drops when the ground is heated by the sunshine. The thick fog will become thinner. Then, it will be lifted up above the ground and become low stratus.

Stratus usually appears in rainy or foggy days when the lower atmosphere is very moist and the air near the earth surface contains a lot of water. Since stratus is generally relatively thin, stratus itself alone will not rain. However; when the layer of stratus is thicker or under the conditions that the cloud base is very low and the earth surface is very moist, it may drizzle or may generate light rain. If the clouds split into fragments, the clouds appearing in the form of broken pieces are called stratus fractus or fracto-stratus (Fig.3 and Fig.4). 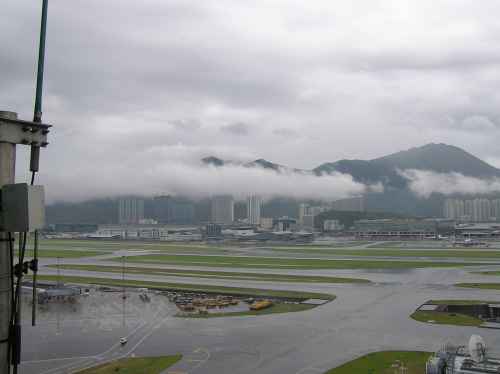 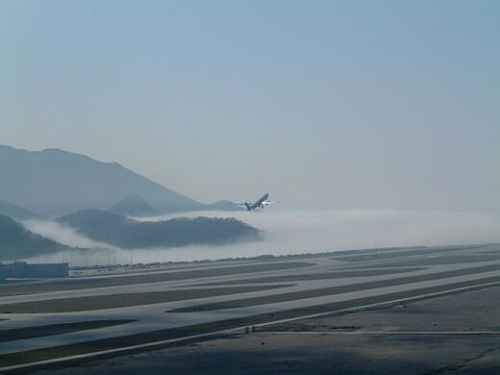 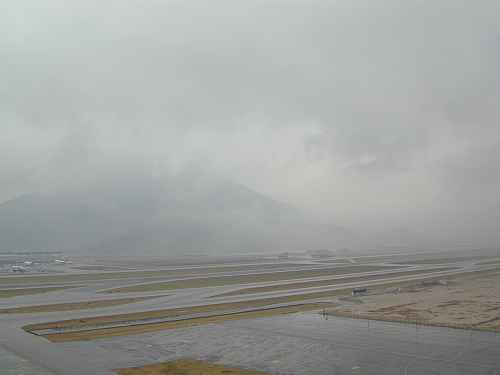