What is an air mass? 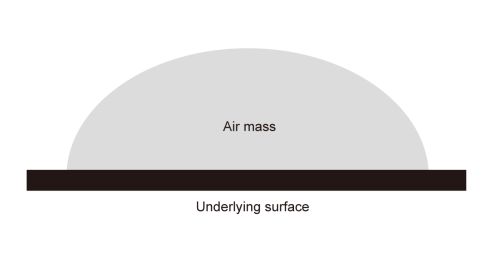 What is a front?

A front is defined as the transition zone between two different air masses, where the horizontal gradients of temperature and humidity are relatively large. Since cold air is denser, the two air masses are separated by a front which slopes upward over the colder air.

According to the properties of air masses and their relative motion, fronts are divided into four different types which are cold front, warm front, stationary front and occluded front. A front is a cold front if it moves such that cold air replaces warm air, vice versa. 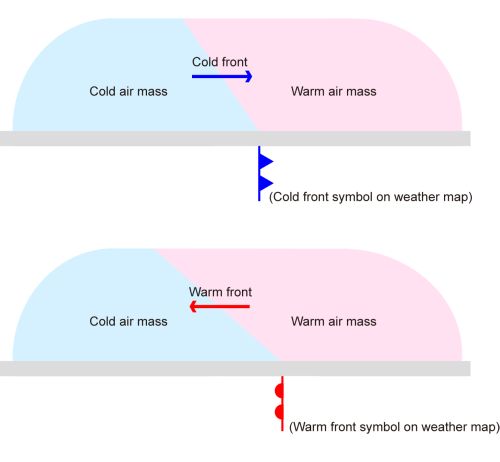 If neither of two different air masses is strong enough to replace the other and their front has no appreciable movement, it is called a stationary front.

Finally, when a cold front moves faster and overtakes a warm front, the warm air mass will be separated from the ground and an occluded front is formed. 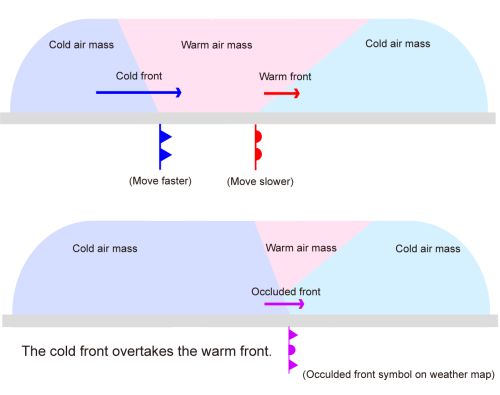 Weather associated with a cold front

In both cold and warm fronts, the denser cold air will undercut the lighter warm air which will ride over the denser cold air. This upward motion leads to the expansion and cooling of the warm air, resulting the formation of cloud and precipitation near the frontal area. Since a cold front has a steeper slope than a warm front, the rising motion is often stronger and hence, the weather associated with a cold front is usually more severe than that of a warm front.

The arrival of a typical cold front is commonly associated with thick layers of stratiform cloud and precipitation. In some active cold fronts, cumulonimbus could be embedded and associated with severe thunderstorms, hailstorms or even tornadoes. The layers of clouds and precipitation are usually confined in a narrow band around the frontal zone, the weather will improve gradually and clouds are well-broken behind the cold front. However, there are also cases in which there are no clouds or precipitation during the passage of cold fronts. If the atmosphere is rather dry, the weather could be fine throughout the process.

Under the influence of the cold air mass, temperature usually falls rapidly during and after the passage of a cold front. Moreover, pressure will rise quickly upon the intrusion of the cold air.

Cold fronts always affect Hong Kong in winter and their arrivals also represent the beginning of cold surges. The following is a case of a cold front passage in Dec 2009. 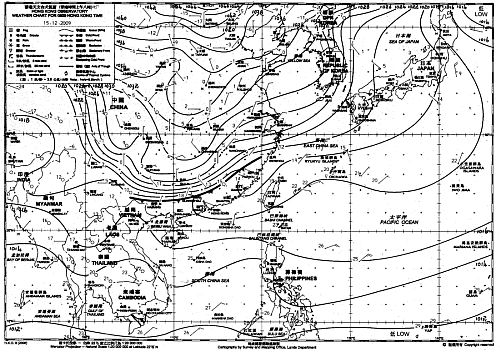 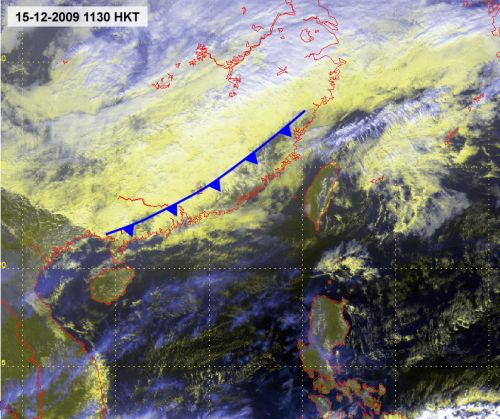 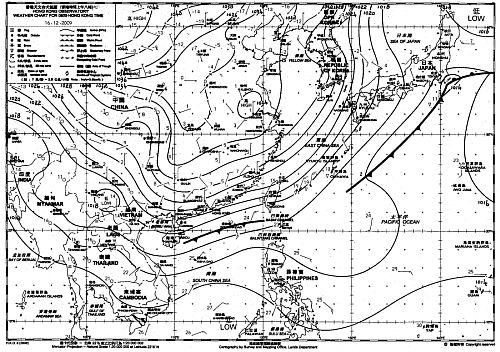 Fig. 9 Daily weather map on 16 Dec 2009: The cold front crossed the coastal area of Guangdong and entered the northern part of the South China Sea. 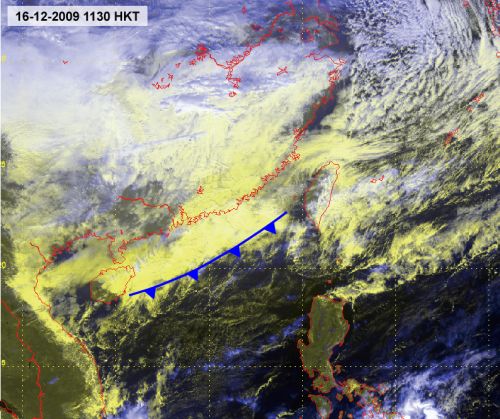 On 15 Dec 2009, a cold front crossed Hong Kong at around 8:00 p.m. (i.e. 12 UTC). Fig. 11 indicated rapid temperature fall, significant precipitation and pressure at the Observatory during and after the passage of the cold front. 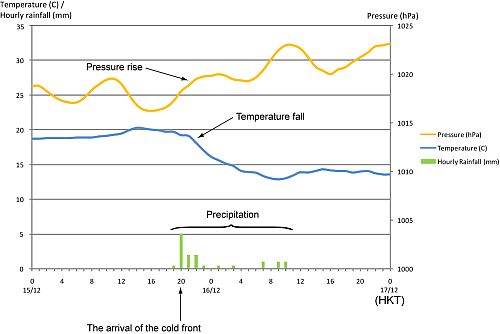