The difference in heat absorption between land and sea is the major reason for the formation of typical monsoon during winter and summer.  In addition to the dynamical effect due to terrain, the Tibetan Plateau over western China has a significant effect on the monsoon.  An area of high pressure associated with cold air normally forms over the Tibetan Plateau, being of one of the sources of cold air in winter.  Cold air will basically follow an anticyclonic outflow to spread southwards over China.  The winter monsoon in the Northern Hemisphere generally prevails from December to February.  There will still be outbreaks of northeast monsoon in March, or even up to May or June, but the strength and frequency decreases as season progresses.

Below is an example on the passage of a severe cold front and its associated winter monsoon bringing an abrupt and significant change of the weather in Hong Kong on 13 March 2009.  The surface weather chart in figure 1 delineates a cold front over southern China on the morning of that day.  The cold front was expected to reach Hong Kong in the afternoon on the same day.  Before the arrival of the cold front, the weather in Hong Kong was generally calm with light breeze, mainly from the west and temperatures rose to 25oC in parts of Hong Kong in the early afternoon.  With the passage of the cold front after 3:10 p.m., winds at the Hong Kong International Airport (HKIA) turned from westerly of about 5 knots (Figure 2) to north-northwesterly of over 25 knots (Figure 3) within 5 minutes.  Gale force winds were recorded in the western parts of the New Territories and the Lantau Island.  Temperatures at the HKIA dropped from about 24oC at 3:15 p.m. to about 17oC at 4:00 p.m. (i.e. a drop of 7oC in 45 minutes) and further down to about 14oC before midnight (Figure 4).  There was a sharp rise of air pressure from 1014 hPa at 3 p.m. to 1024 hPa at 9 p.m. (i.e. an increase of about 10 hPa in 6 hours) (Figure 5).  The onset of an intense winter monsoon will bring a significant change of weather within a short period of time.  Forecasters will provide not only the expected timing of the arrival of the cold front, but also the effect on the weather elements before and after the passage of the cold front to the public.  The public should take note of the weather forecast especially when there are significant weather changes.  The Hong Kong Observatory will issue the Cold Weather Warning to alert members of the public to the cold weather and its associated adverse health effect. 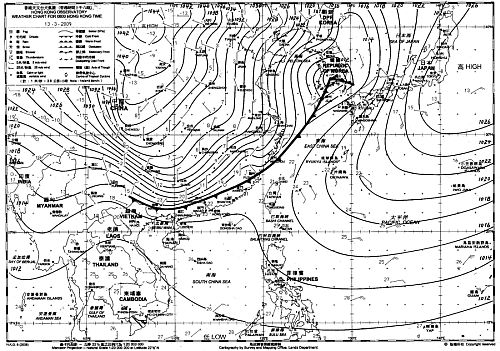 Figure 1    Surface weather map indicating a cold front over southern China on the morning of 13 March 2009. 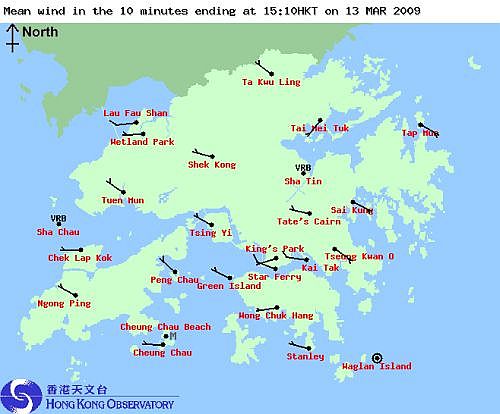 Figure 3    North-northwesterly winds of over 25 knots affecting the HKIA after the passage of the cold front on 13 March 2009. Gale force winds were recorded over the western parts of the New Territories and Lantau.