Many weather elements can now be measured by advanced meteorological instruments, but a few of these elements such as identification of cloud types have still not yet been automated. Recently, the Hong Kong Observatory has conducted a trial to apply computer stereo vision technology in assisting weather observers in routine cloud observation.

Humans, through their left and right eyes, simultaneously capture two visual images of an object. The brain, through processing the small difference between the two images, generates a 3-dimensional and spatial perception (e.g. distance and depth) of that object. This is referred to as parallax (Figure 1). 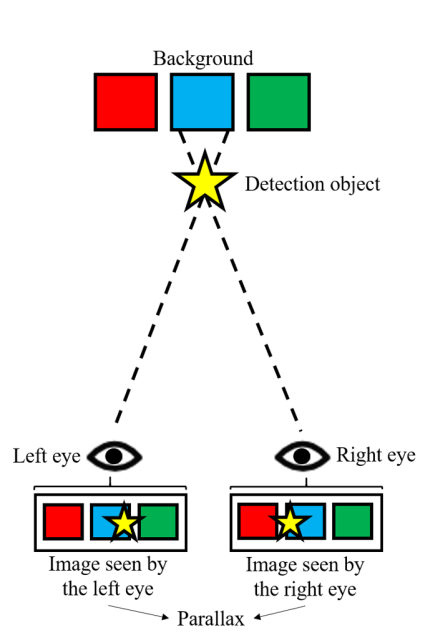 
Readers can appreciate parallax via the following method: Place your finger in front of your nose, and take turns to open and close your left and right eyes. You should be able to notice the small difference between the two images seen by the two eyes. Furthermore, the closer the finger from the nose, the larger the parallax is (Figure 2). 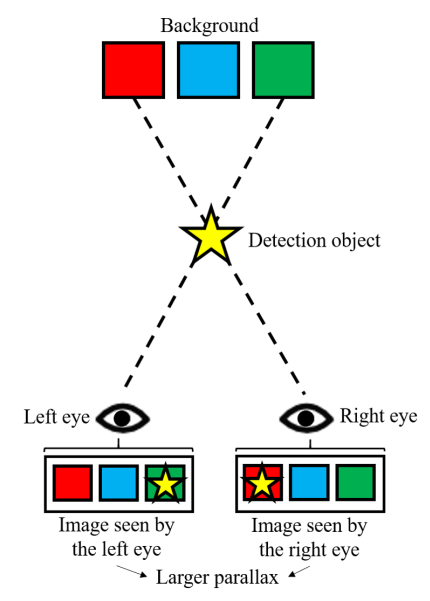 Figure 2  The closer the detection object is, the larger the parallax is. The human brain then judges the object’s distance based on the extent of parallax.


The computer stereo vision technology is based on the same parallax principle as in the case of human eyes. By using two or more cameras to capture multiple images of an object from different viewpoints and computing the parallax between the corresponding points of the object, its 3-dimentional information can then be extracted. 3D films also make use of the same principle. Two cameras are used to record information when shooting. 3D glasses are then used to separate the screenshots into two, showing the 3D effect. Since parallax increases with the separation between the two cameras, cameras separated over a larger distance can more accurately analyse the 3-dimentional structure of distant objects.

Weather observers usually infer the approximate height of cloud base by comparing it with reference landmarks with known heights. Although ceilometers can help, they are point measurements and thus the observations are very localized and not representative of the cloud base beyond the observing point. Besides, observers are not able to make observations all the time. Even if real-time weather photos are used, they are 2-dimensional and cannot provide important 3-dimentional information such as cloud base height. Cloud base height is extremely important for classifying cloud types, especially for identifying cloud types associated with high-impact weather (e.g. cumulonimbus clouds). Moreover, when the cloud base is very low, it may directly affect whether the pilot can see the runway of the airport. As such, cloud base height is very important to aviation safety. The Hong Kong Observatory has recently set up a number of high-resolution cameras at the Hong Kong International Airport with a view to automating cloud observations with the application of computer stereo vision technology. Preliminary trial shows that this technology can be used to construct the 3-dimensional image of the mountains and cumulonimbus clouds in the vicinity of the airport (Figure 3). However, development of this technique is still at an initial stage, and further research and evaluation are needed before it can be applied operationally in the future.