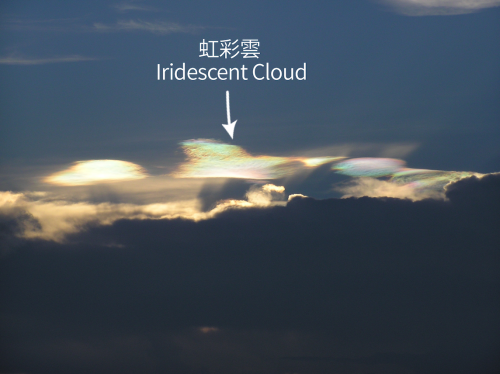 Cloud with rainbow colours is called "iridescent cloud". It is a special optical phenomenon usually observed in altostratus or altocumulus clouds near the Sun when sunlight diffracts through tiny water droplets or ice crystals of fairly uniform size in clouds. When diffraction of light occurs in a larger layer of cloud, corona may appear.