Cirrus belongs to the high cloud group with cloud base height of 6000 meters or above.  It is commonly observed in Hong Kong all year round and is particularly noticeable in autumn and winter when the lower and middle atmosphere is dominated by dry and almost cloud free conditions. 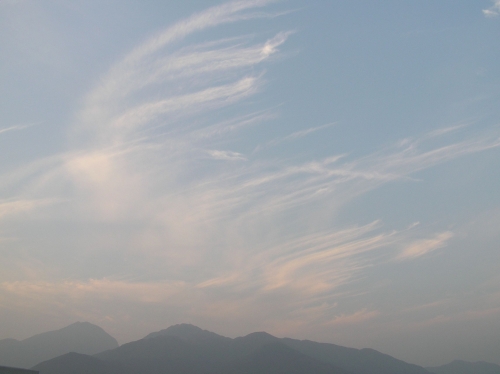 "Cirrus", in Latin means curl or hair-like.  Its most distinguishable feature is the delicate filaments or narrow bands with fibrous texture which look like feathers or tenuous trail (Figure 1).  Up in the higher portion of the troposphere, the depth of cirrus is quite limited, making it rather translucent.  Cirrus, which forms at the level with air temperature of -20oC or below, is almost exclusively composed of highly-reflective tiny ice crystals.  It is usually in bright white colour against a background of deep blue sky.  In fact, cirrus is generally whiter than clouds in the lower or middle levels (Figure 2).  When sunlight is shinning from the horizon, cirrus can be tinted orange or faint red (Figure 1). 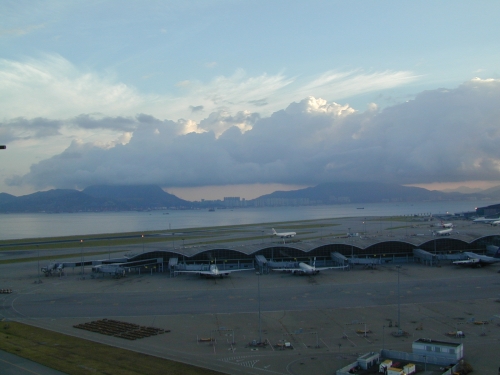 Figure 2:   Cirrus clouds (bright white at the upper portion) and cumulus clouds (greyish at the lower level) observed to the north of the Hong Kong International Airport on 20 October 2002.

Cirrus is very high in the sky where little moisture is present; even if it turns into water droplets, they tend to evaporate out before reaching ground.  Generally speaking, cirrus is associated with fine weather at least for a few hours.  On some occasions, it can be seen as a precursor of an approaching thunderstorm, tropical cyclone or cold front.  An example is shown in Figure 2 which was taken on the morning of 20 October 2002.  On that morning, the atmosphere was rather unstable with warm southeasterly winds prevailing over Hong Kong, and cumulus clouds occupied almost half of the lower atmosphere.  Well above the cumulus, it is observed that cirrus originated from a cold front, some 200 km to the north of Hong Kong, was spreading south (Figure 3).  In less than 20 hours, the cold front swept across the coast of Guangdong, bringing thunderstorms and showers to Hong Kong. 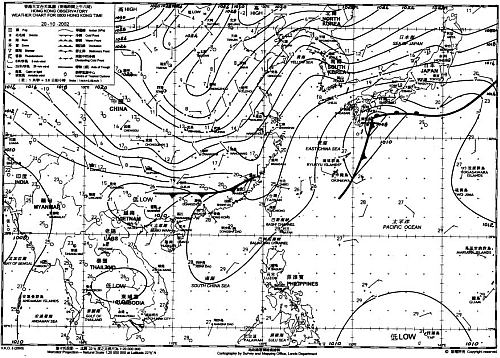