Medium clouds are categorized into altocumulus and altostratus. Alto is derived from the Latin word altus, meaning "high", and cumulus means "heap" or "pile" in Latin.

Altocumulus appear as fragmented clouds and are white or greyish, or greyish white in color (Figure 1). The clouds often take the form of lumps, sometimes appearing as pieces of thin cracked tiles (Figure 2), or cracked bricks (Figures 3 and 5) in groups. Altocumulus could also appear in the form of successive rows of long waves (Figure 4). Altocumulus clouds sometimes come with shading (Figure 5) as a result of scattered diffused sunlight. For regularly arranged lumps of altocumulus, they usually have an apparent width in visual angle of between one and five degrees.

Altostratus is greyish or faint bluish. It appears in the form of layer clouds or sheets of clouds, covering all or part of the sky. Thin (but not too thin) altostratus is like ground glass. When altostratus covers the sun, sunlight may pass through.  But since much of the exiting sunlight is diffused, the sun could only appear vaguely (Figure 6) with a fairly blurred outline, though the suns position could still be determined.  An objects shadow cast on ground would not have a clear outline. Unlike cirrostratus, altostratus does not give rise to halo because altostratus contains water droplets. 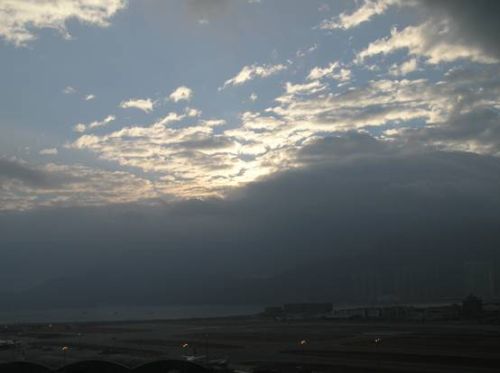 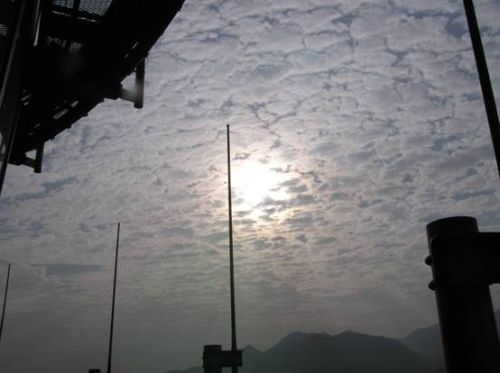 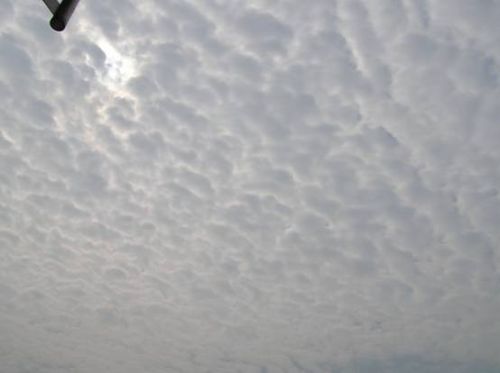 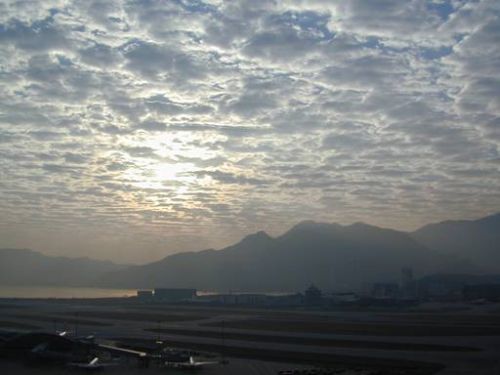 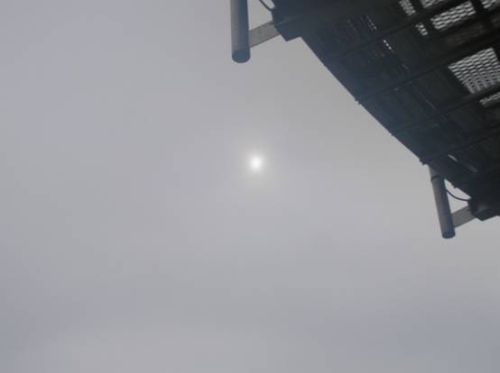