Why windows shattered by typhoons fall outside the building?

Why windows shattered by typhoons fall outside the building?

Whenever a typhoon hits Hong Kong, there may be news reports about shattered glass windows of buildings from time to time. If you examine them more closely, you may notice that the broken glass windows were not necessarily on the windward side of the buildings. Sometimes you will see glass debris or even air conditioners falling outside of the building (Figure 1). What are the reasons behind?

In fact, the breaking of glass windows during typhoons is mainly due to the following three reasons: (1) impact on the windows by hard windborne debris; (2) the pressure exerted by winds (i.e. wind loading [1]) directly on the windward side of the building exceeds what the glass window can withstand; (3) high winds blow across buildings leading to a difference in air pressure between indoor and outdoor and the glass window cannot withstand the induced force. We may explain the last point with the Bernoulli's principle. The Bernoulli's principle is derived from the law of conservation of energy (i.e. the sum of kinetic energy, potential energy and internal energy must be kept constant). The simple interpretation is: when a fluid (e.g. air) increases in speed of motion and its height remains the same, its pressure will decrease.

There are many applications of the Bernoulli's principle. For example, an aircraft wing is specifically designed in a way that the air flowing over the top surface of the wing moves faster than that below its bottom. According to the Bernoulli's principle, the pressure on the upper surface of the wing will be lower than that from below. This pressure difference results in an upward lifting force (Figure 2), which counteracts the aircraft’s own weight, enabling it to float in the air.

Therefore whenever a typhoon strikes, you should be cautious about the glass windows of the building even if they are not facing headwinds!

Figure 1. Debris of glass curtain walls falling on the street in parts of the territory when Severe Typhoon Mangkhut struck Hong Kong in 2018 (photo taken by YW Ng in Hung Hom on 16 September 2018). 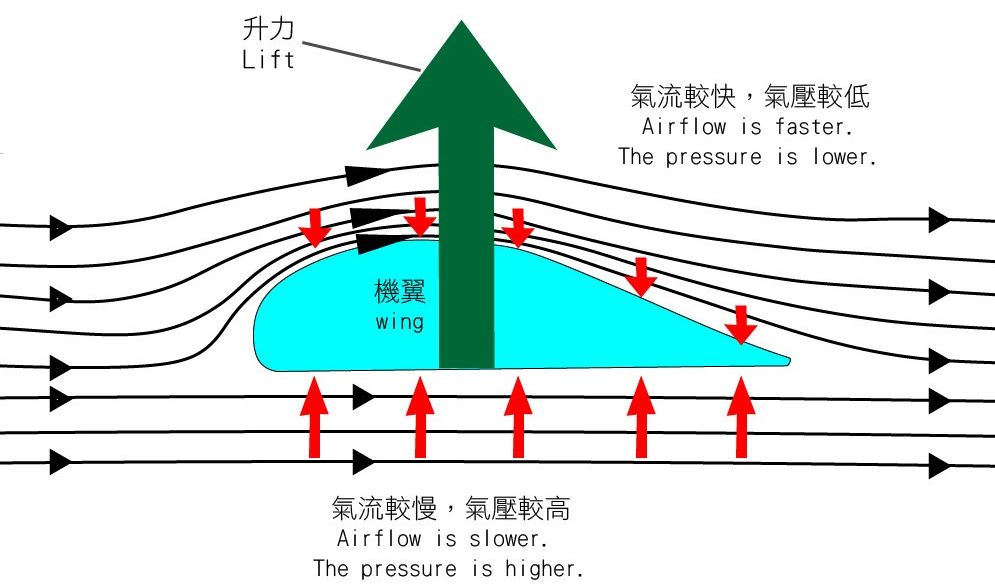 Figure 2. Airflow will be separated when passing through an aircraft wing. The shape of the wing design makes the air flowing over the top faster than the bottom, creating a vertical pressure difference and providing lifting force for the aircraft.

Figure 4. Schematic diagram showing the distribution of pressure at different places inside and outside a building when high winds blow across it. If a gap exists on the windward side of the building, coupled with the pressure difference due to the Bernoulli's principle, an outward force will be formed on the sides and leeward surface of the building.