What is Fujiwhara Effect?

What is Fujiwhara Effect?

'Fujiwhara effect' is named after Dr. Fujiwhara of Japan who performed a series of experiments and observations on water vortices from 1921 to 1923. He discovered interaction between two cyclonic vortices when they were close to each other. The vortices would rotate cyclonically about an axis connecting their centres. The two vortices also had a tendency to approach each other and then merge together. 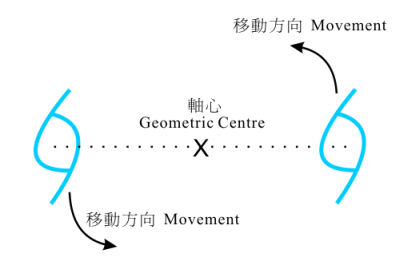 Figure 2 and 3 show the tracks of tropical cyclones Wukong and Sonamu in August 2006. It is evident that Wukong had a counter-clockwise movement during 14 and 15 August under the influence of Sonamu. 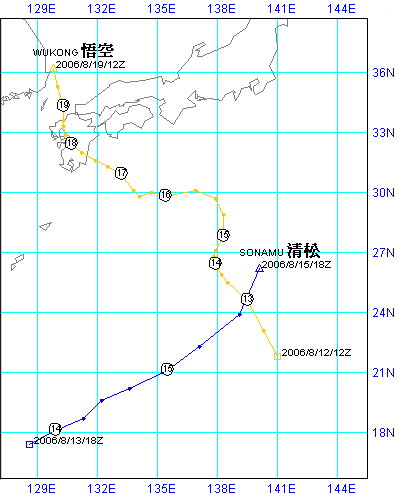 Figure 2: Tracks of tropical cyclones Wukong and Sonamu in August 2006. The time shown in the figure is Coordinated Universal Time. 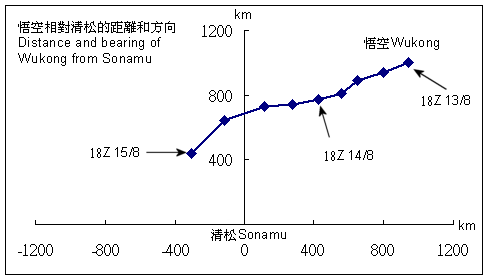 Tropical cyclones appear in the Northwestern Pacific every summer. It is not rare to have two tropical cyclones there at the same time. When 'Fujiwhara effect' occurs, we may see changes in the tropical cyclones' movement and speed. This will increase difficulties when their tracks are forecast.