Apart from satellite and radar, surface observations are also useful information in locating tropical cyclones, especially for those weaker ones whose centres are not well defined on satellite pictures.

However, this method cannot always be used as ship observations are scarce over the ocean and may not be available in the vicinity of tropical cyclones.  In applying this method, the wind observations must be used with care as they may be affected by other pressure systems such as the northeast or southwest monsoon. 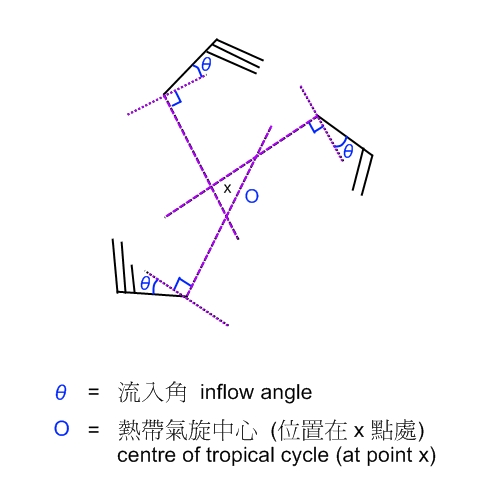