On the early morning of 27 July 2004, a low pressure area over the South China Sea about 200 km east-southeast of Hong Kong was developing.  Its development was closely monitored by the Hong Kong Observatory.  Due to the poorly organized cloud feature, analysis of the satellite imagery at about 18 UTC on 26 July 2004 could not justify a tropical depression over the region (Figure 1).  Fortunately, a ship nearby reported a strong wind of 29 knots in the vicinity of the low pressure area at almost the same time (Figure 2).  Based on this ship report, the duty forecaster upgraded the low pressure area to a tropical depression (a tropical cyclone with maximum sustained wind speed of 22-33 knots near the centre) and issued the Tropical Cyclone Warning for Shipping to warn the shipping community about the storm. 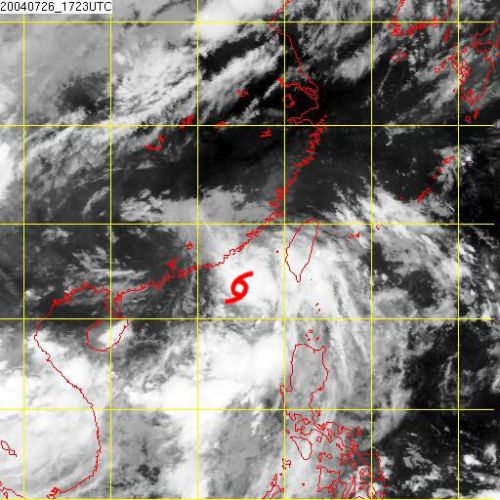 Figure 1.  Infra-red satellite imagery at about 18 UTC on 26 July 2004. [The satellite imagery was originally captured by the Geostationary Operational Environmental Satellite-9 (GOES-9) of National Oceanic and Atmospheric Administration (NOAA).] 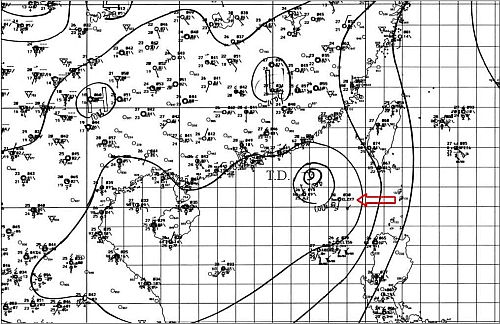 Figure 2.  Weather chart at 18 UTC on 26 July 2004.  A strong wind of 29 knots was reported by a voluntary observing ship (as indicated) near the tropical depression.