The formation of a tropical cyclone requires a number of favourable environmental conditions and one of them is a suitable latitude.  Almost all tropical cyclones form over regions more than 5 degrees of latitude away from the Equator and very few occur near the Equator.  To explain why this happens, we need to first understand which forces in the atmosphere are critical to the formation of tropical cyclones.  There are three such forces including the frictional force, pressure gradient force and Coriolis force due to the Earth's rotation.  The characteristics of these three forces are introduced below: 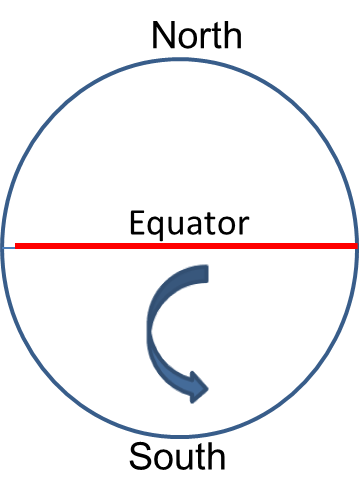