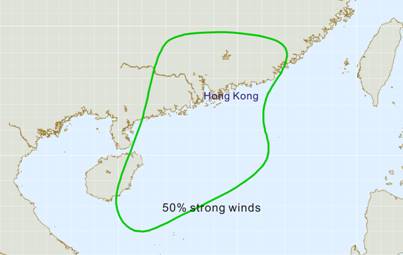 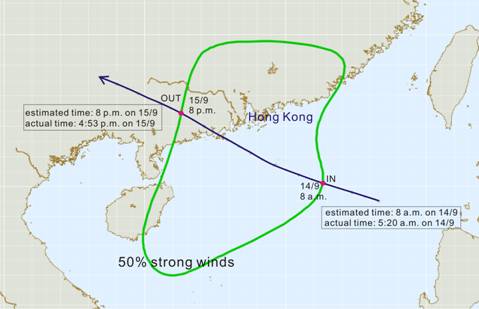 Figure 1(b)   Start and cessation of strong winds at Waglan Island during the passage of Typhoon Koppu in September 2009 based on estimation using the 50% probability 'kidney'. The estimated times differ from the actual by about 3 hours. The blue line shows the forecast track of Koppu. 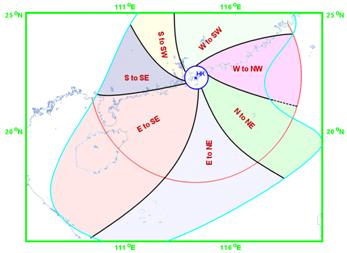 Looking at Figure 3, there is probably no need to explain why the tool is called a 'beach ball'. Thus, a storm located to the southwest of Hong Kong, say near Hainan Island, will bring east to southeasterly winds to Waglan.

This year, a 'Future Version' of WWIS has been developed and is GIS-enabled (GIS stands for Geographic Information System). Now being showcased at the World Expo 2010 in Shanghai, it allows the user to freely pan, scroll, zoom in and out of the virtual globe, and quickly get to the city of interest where the weather forecast, some up to 3 to 7 days ahead, is instantaneously displayed. Next time you go abroad, be sure to use this service :http://future.worldweather.wmo.int/. 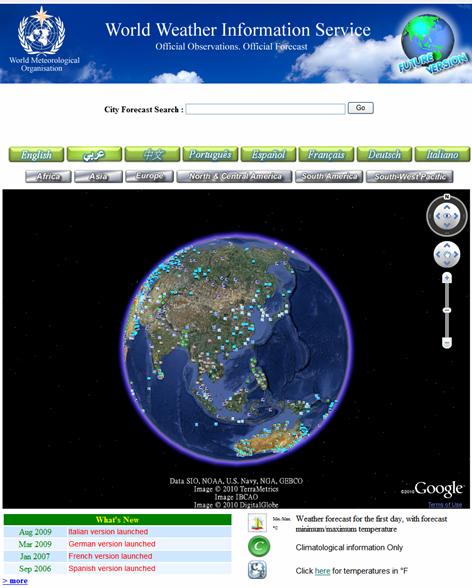