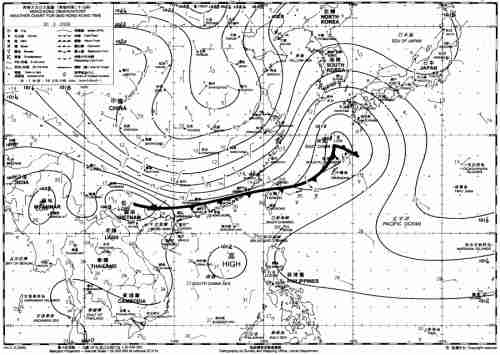 Tropical cyclones, in contrast, typically have little or no significant temperature differences across the storm.  Their energy are derived from the release of heat due to cloud/rain formation from the warm moist air of the tropics.  Structurally, tropical cyclones are "warm-core".  Tropical cyclones usually affect Hong Kong during the hot months (Figure 2).