Why can the sun persistently produce energy for the stable output of light and heat?

Why can the sun persistently produce energy for the stable output of light and heat?

How can the sun produce so much energy?

Although the sun is so far away from the earth, its continuous emission of light and heat enables living things to sustain and evolve on earth for billions of years. The sun is a huge volume of gases that are mostly hydrogen. The massive hydrogen provides billion of years of incessant fuel for solar nuclear fusion to continuously produce a huge amount of energy.

What is nuclear fusion?

Nucleus fusion is also called the nucleosynthesis or thermonuclear reaction. It is a process of nuclear reaction in which two or more light atomic nuclei are combined into a heavier atomic nucleus. Since a small part of the mass is converted into energy in the course of nuclear fusion, the mass of resulting heavier atomic nucleus is slightly less the original total mass of the lighter atomic nuclei. Therefore, nuclear fusion can produce a huge amount of energy by virtue of the mass - energy equivalence (E=mc2) proposed by the famous physicist, Albert Einstein. Hydrogen bomb, which releases a huge amount of energy from nuclear fusion during detonation, is a good example of converting mass into energy.

What is the mode of nuclear reaction in the sun's energy production?

The American physicist, Hans Bethe (born in Germany), based on his research results, pointed out that the most important nuclear reaction in a bright star is a "carbon - nitrogen cycle". However, the nuclear reactions in comparatively dimmer stars such as our sun, are mainly the "proton-proton (hydrogen nucleus - hydrogen nucleus) chain reaction". Because of Hans Bette's contributions in the nuclear reaction theory and particularly the discovery of stellar energy generation, he received the Nobel Prize for Physics in 1967.

Why nuclear fusion does not occur readily?

Since atomic nuclei consist of positively charged protons, they repel each other by virtue of electrostatic force. Under high temperature condition, particles possess sufficient kinetic energy to overcome the electrostatic repulsion and approach each other. The subsequent collisions among atomic nuclei provide the opportunities of nuclear fusion to occur. However, particles can recoil and separate without undergoing nuclear fusion after collision (called elastic collision). In fact, many collisions among atomic nuclei are elastic in nature without any resultant nuclear fusion.  George Gamow proposed that for any given temperature, there is a narrow range of energies known as the "Gamow window" where nuclear fusion is most likely to occur.

What are the conditions favourable for the occurrence of nuclear fusion? 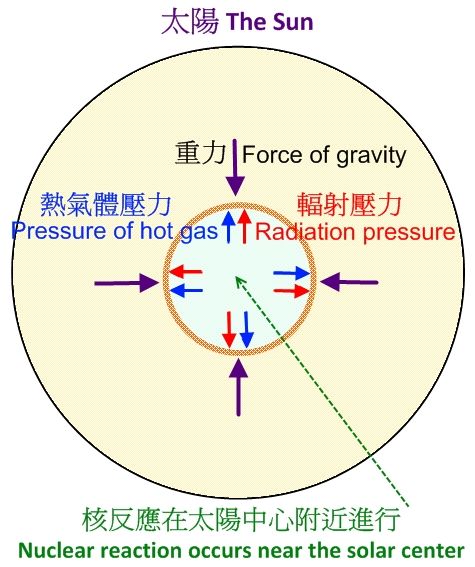 Fig. 1: The forces counteracting each other in the sun's interior

The sun is a huge volume of gas and its total mass is very great. As a result of gravitational force, the pressure will be greater when it is closer to the center of the sun. Therefore, the solar core is a highly compressed region in which nuclear fusion can occur under the high-density, high-temperature conditions.  On the other hand, both the density and the temperature are much lower in the sun's outer layer where occurrence of nuclear fusion is unfavourable. Hence, nuclear fusion mainly occurs and persists deep inside the sun near its center - the solar core region (Fig. 1).  In other words, nuclear fusion does not occur in the entire sun.

Why can the sun produce an enormous amount of energy in the form of light and heat?

The sun contains massive hydrogen that serves as a lasting supply of fuel for the generation of large amount of energy through persistent nuclear fusion in the solar core region.

To summarize, the sun's nuclear fusion reaction occurs in an orderly manner.  In the process, hydrogen is consumed, energy is produced, and there is a steady release of light and heat.